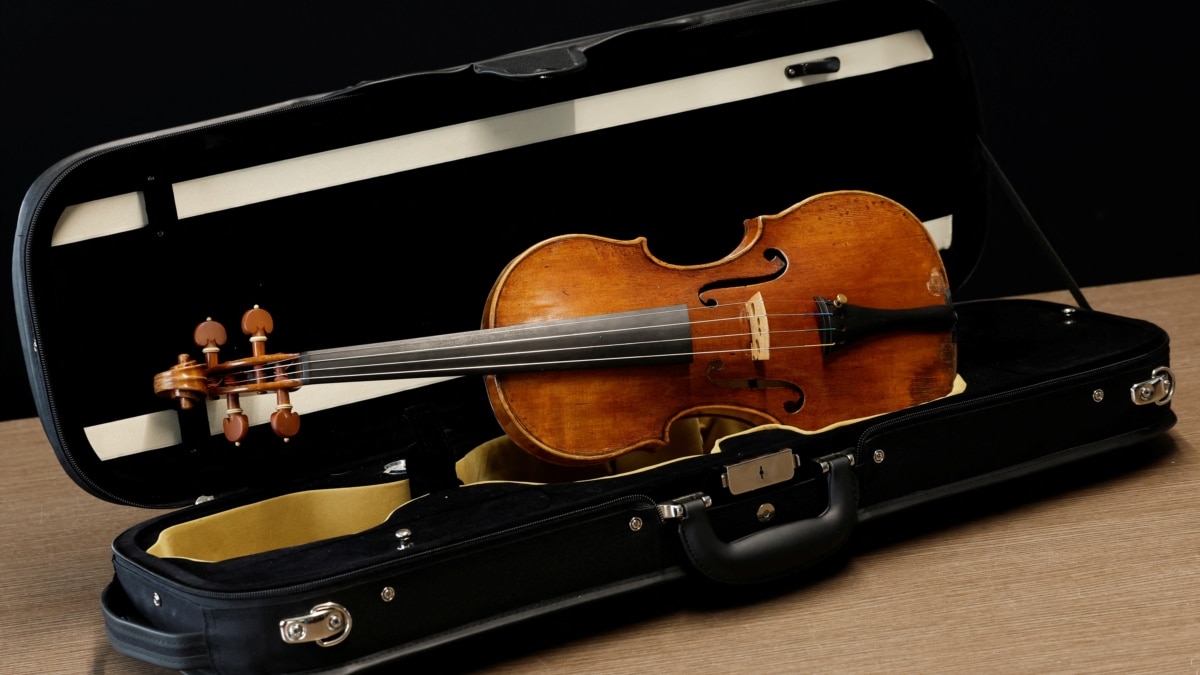 A three-century-old violin could fetch $10 million

A nearly 300-year-old musical instrument called a violin could soon sell for over $10 million.

The instrument was made by Italian luthier Giuseppe Guarneri in 1736.

A French auction house compares the violin to a painting by Leonardo da Vinci – the famous Italian painter.

The violin belongs to Régis Pasquier. He has played the instrument in concert halls around the world. Pasquier received the first violin prize from the Conservatoire National Supérieur de Musique de France when he was only 12 years old. He is known as one of the best violinists in the world.

Sophie Perrine is in Les Aguttes auction house, near Paris, France. Perrine said: “There are many violins out there, but this one is like selling a Rembrandt, a Goya or even a painting by Leonardo da Vinci.”

The instrument is one of approximately 150 made by Guarneri. He is often compared to another well-known Italian luthier, Antonio Stradivari.

Pasquier bought the violin over 20 years ago. He gave a concert the next day without even practicing the instrument. Perrine noted, “For him, this instrument was perfect.”

Pasquier has since played the instrument at places like Carnegie Hall in New York and the Opéra Garnier in Paris. The violin will go on sale on June 3 after three days visualization. Perrine said it could sell for up to $10 million.

At this price, the violin would not even be the most expensive in the world. In 2012, an anonymous buyer paid $16 million for a violin that once belonged to 19and-century violinist Henri Vieuxtemps. This violin is on loan to American violinist Anne Akiko Meyers for the rest of her life.

It is believed that the most valuable violin is the Messiah Stradivarius. The violin is estimated at $20 million. It can be seen at the Ashmolean Museum in Oxford, England.

Perrine said of the Guarneri violin: “It is both something very old but yet very current and alive.”

She added: “This little thing will continue allowing people to hear its great sound for years to come.

I am Ashley Thompson.

Hai Do adapted this story from a Reuters report.

words in this story

visualization – nm to look carefully at something