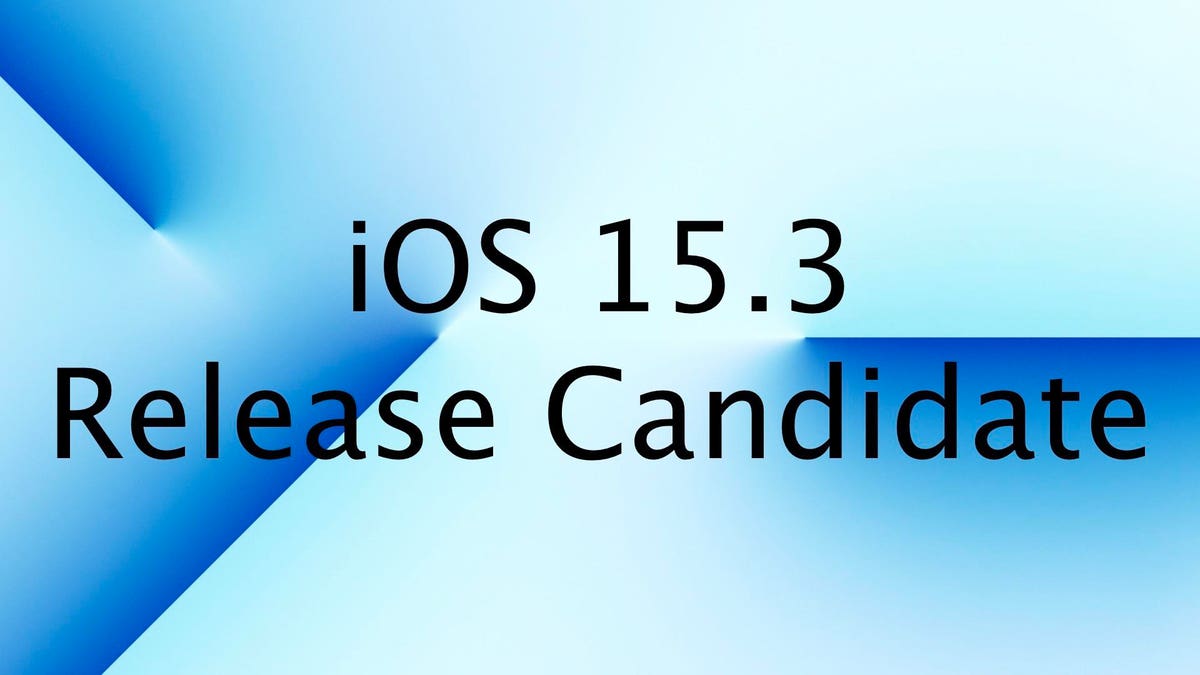 Apple iOS 15.3 Release Candidate Now Available – Why You Should Download It Now

In possibly the shortest beta cycle ever, the iOS 15.3 release candidate is now available to all participants in Apple’s beta program. Why so short? And why do we get a version that only contains bug fixes and no new features? It all depends on what was found in the iOS 15.3 RC.

Last week’s iOS 15.3 Public Beta 2 brought us a tooltip fix that clarified that the Public Relay feature must be enabled in Cellular Settings (after there was a lot of confusion about the feature supposed to be disabled by T-Mobile). But that barely seems enough to snag a release. So why the rapid “two and out” release cycle for iOS 15.3?

Earlier this week, it was discovered that there was a major Safari bug that leaked Google account information and browsing history. It was so bad that security experts recommended everyone to immediately stop using Safari on all devices.

Although we don’t yet have the public release notes (which still contain more detail than the Developer Notes), testing has verified that this Safari leak has been fixed in the final release candidate for iOS 15.3. Given the major security impact of this bug, it makes sense that Apple wants to get it into everyone’s hands as soon as possible.

As I mentioned, the official release notes don’t contain anything at all. In all likelihood, the first time we’ll see acknowledgment of the fix will be when iOS 15.3 goes public next week.

And even though this is the Release Candidate, that doesn’t mean you don’t have time to report bugs as you find them. If you find anything, be sure to report it immediately through the Feedback app.

Even though the Safari data leak is serious, Apple is not known for its weekend releases (never ship a new release on a Friday unless you want to work all weekend). That said, I can’t see them waiting any later than next Tuesday to release iOS 15.3 to the general public.

But given the nature of the leak, I’d even say it’s too long. Fortunately, enrolling your device in the beta program is very easy, and the iOS 15.3 release candidate is extremely stable. You can always unenroll your device as soon as you get the upgrade to go back to a normal release cycle. Just follow my steps in the next section.

For us beta testers, I wouldn’t be surprised to see iOS 15.4 Public Beta 1 arrive next week. Especially since the tests of iOS 15.3 have been shortened. Maybe we will finally have a new feature to put in our mouths?

How do I enroll my device in a beta?

Go to the Apple Beta program site on the device you want to enroll, sign in with your registered Apple ID (or create a beta account if you don’t already have one) and follow the steps, that’s as simple as that! You’ll download the beta profile to your iPhone or iPad, then reboot, check for a software update, and you’ll be testing in no time!

Remember this is beta software and Apple makes it very clear in the agreement you pass on the way to the accept button that it can do anything up to and including tinker with your device and corrupt your data. My public beta installation guide contains all the maintenance steps you need to follow before installing the beta.