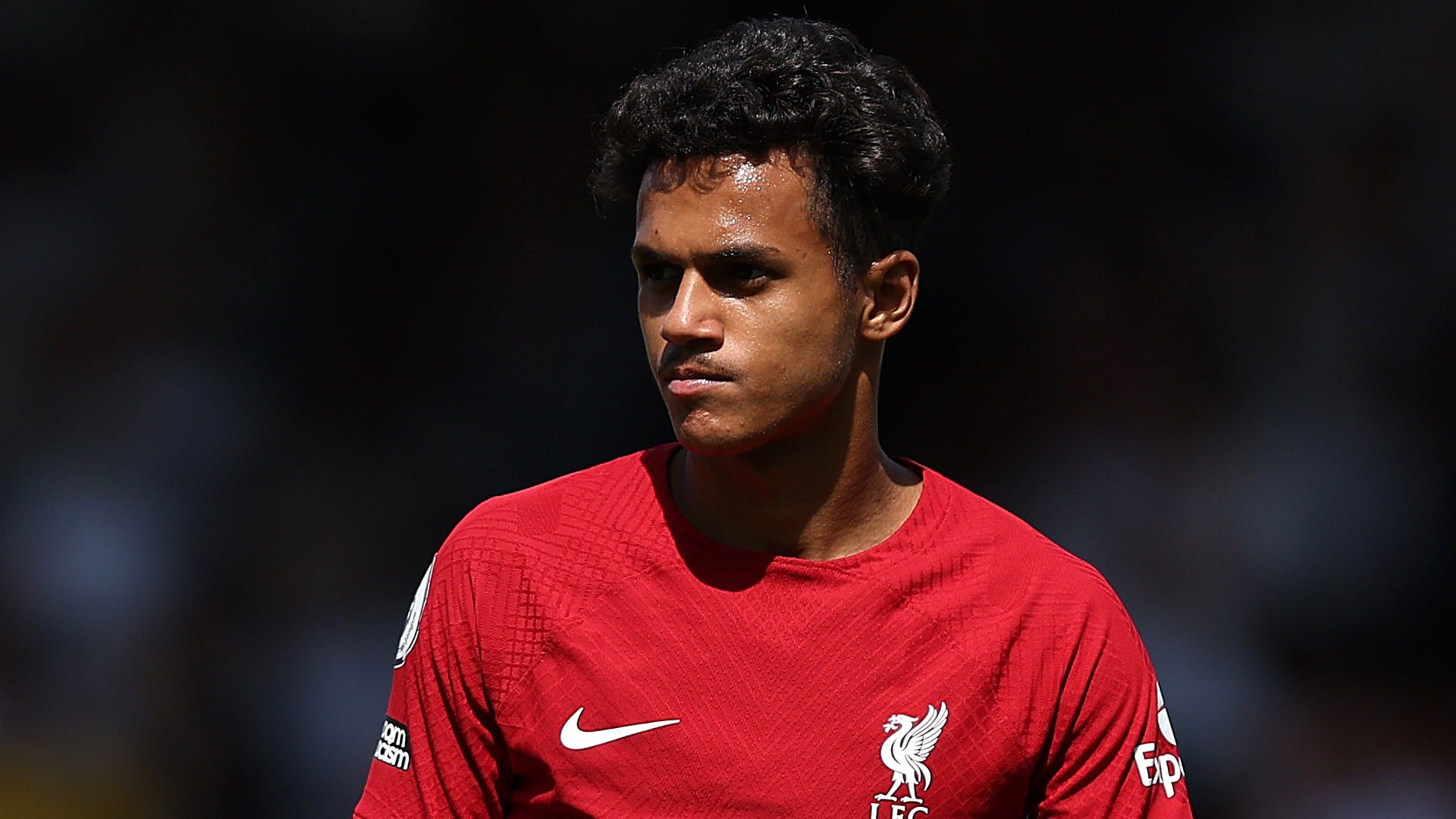 Liverpool new signing Fabio Carvalho has disapproved of the nickname given to him by his teammates after the Portuguese joined the club earlier this summer. According to the club’s tradition, each time a new recruit joins the team, he must go through an initiation evening organized by colleagues. It was before his initiation that Carvalho was given the “nickname” of Bruno Mars.

He hopes that nickname won’t stick, even though he initially toyed with it.

The Portuguese revealed that during the traditional initiation evening, he sang a Bruno Mars number having been assimilated to the singer by his new teammates.

“We had a few days where we went out to eat and then there was the initiation with the songs for the new guys which brought us closer, especially for me because I had to sing and so the guys were laughing and joking,” Carvalho told the club official site.

He continued: “Things like that only bring the group together, even the young players who came with us as well. It brings everyone together.

“When I arrived, my guys nickname was Bruno Mars, which I have now said no to! So to stick with that little joke, I sang The Lazy Song by Bruno Mars. It was good! “

Reunion with a childhood friend!

With Carvalho joining the Reds this summer, he was able to reunite with former Fulham team-mate Harvey Elliott, who signed for the club in 2019. He also revealed that not only were he and Elliott former colleagues, but the two are also went to the same school and their friendship goes back a long way.

He said, “It’s been sick!” We played for the same team growing up but we also went to the same school [Coombe Boys’ School in New Malden]which some people may not know.

“So him and I have been close for a few years now, since I was young. It’s good to be back with him and it’s good to play football with him too because that’s something I love. really appreciate it. He’s a top player.”

How to Download Google Chrome Web Browser on Your Mac