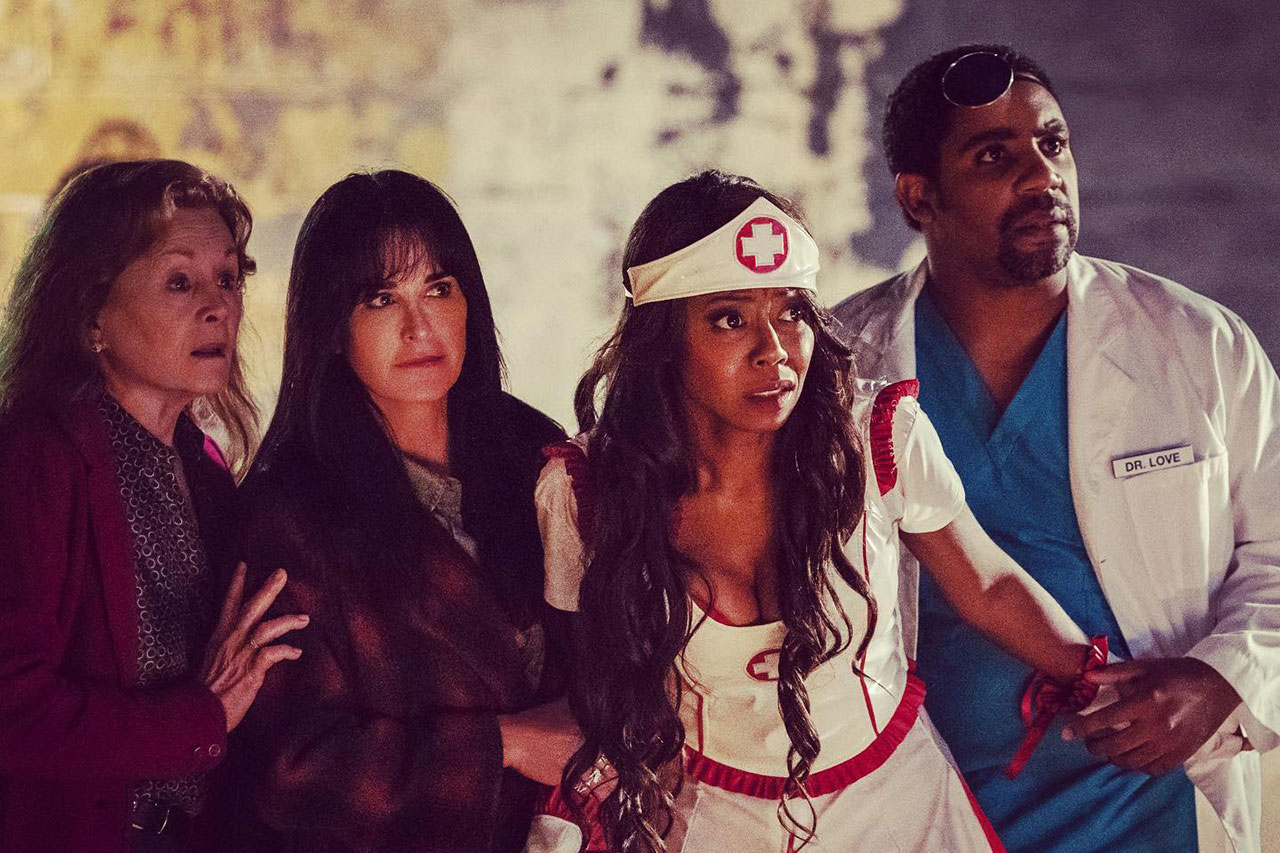 Charleston College Alumnus Michael Smallwood ’09 saw Halloween kills four times now. No, he’s not some kind of horror movie fan, although his wife, Jillian Clayton-Smallwood ’10, assistant to the dean of the School of Languages, Cultures and World Affairs, est. Smallwood is one of the stars of the last Halloween saga, so he and Jillian first saw it together in Los Angeles at the famous Grauman’s Chinese Theater on Tuesday, October 12, 2021 and three times on opening weekend (October 15): twice with friends in Charleston and once with his parents in Spartanburg, South Carolina.

â€œIt was easiest to watch me on screen,â€ says Smallwood, who majored in drama in college. â€œI think it’s because I’m finally regaining confidence in my cinematic experiences. And the audience response has been incredibly fun and overwhelmingly positive. “

Smallwood, who has just finished directing the CofC student play, Pipeline, at College’s Chapel Theater, plays a survivor who teams up with other victims to finally put an end to the relentless bad manners of masked killer Michael Myers.

â€œWe’re basically going to have an intervention with him,â€ Smallwood explains. “That’s the plan, but since this is a horror movie, things don’t go well.”

This is actually Smallwood’s second Halloween movie. He had a small three-line role in the 2018 version (Face your fate), and the producers expanded her character role this time around, which Jillian liked. She’s such a fan of the franchise that she used the series’ iconic piano theme as a ringtone in high school.

â€œHe was in the first for less than a minute, but it tied him to one of my favorite cinematic heirlooms,â€ she says. â€œWhen we found out how much this role grew, I was obviously excited about him and his career. It’s so awesome that he can join the company of memorable characters in this huge cinematic tradition that is loved by so many people.

Smallwood spent a month in the fall of 2019 shooting the film in Wilmington, North Carolina. He has appeared in numerous shorts and plays, including his own, but Halloween kills is its role of escape. Filming was a bit difficult considering all of the scenes were shot at night, but Smallwood loved every second.

â€œIt was a very different experience to be on a film set for that long,â€ he says. â€œI was very used to being a day player where you come in, hit your mark, say your lines and you’re done. It was very revealing to be part of the machine. I learned so much, like new terminology like “martini stroke”. It’s the last shot of the day because the next shot comes out of a drink.

Michael Smallwood and his wife Jillian Clayton-Smallwood at Grauman’s Chinese Theater for the premier of ‘Halloween Kills.’ (Photos provided)

And being on her first red carpet at the iconic Hollywood Boulevard theater with Jillian was also an exhilarating experience. The Prime Minister was all about costumes, which both cosplay enthusiasts really enjoyed. Michael became Shadow-Man of The princess and the Frog, while Jillian dressed up as Cersei Lannister from Game Of Thrones.

â€œIt was so surreal,â€ he says. “I was able to do press interviews and reconnect with the cast members.”

While Smallwood wasn’t a fan of the show, or horror movies in general, growing up, he appreciates them now, especially from a movie history perspective. In fact, he’s just finished writing, directing, and starring in a horror short, What a beautiful wedding, about a black man who attends a wedding on a southern plantation and is haunted by his story. He also recently completed a script on vampires.

Smallwood became addicted to performance when he played Santa Claus with pillows strapped to him in grade two at his elementary school in Baltimore, Maryland. His family moved to Union, South Carolina, upstate just before he started high school. An older classmate who attended CofC reported on the quality of the theater program. So when he visited campus, he never thought of another school.

Today, in addition to working on plays, screenplays and doing virtual auditions for various Hollywood roles (he just shot two episodes of HBO The right gems, which is filmed here in Charleston), Smallwood is part of the Pure Theater Core Set, the arts editor at Charleston City Paper and just made her first narrative podcast. Part of the excitement is that he never really knows what’s coming next.

For request of Janine McCabe, chair of the college’s theater and dance department, he returned to CofC last year as a guest artist to lead a virtual monologue project called Our voices. It went so well that she brought it back to directing Pipeline, which had a five-night (two virtual) sold-out run in late September and early October at the Chapel Theater. Late one night after a rehearsal, carrying a backpack, he was standing at the corner of St. Philip and Calhoun streets, and for a while he was back at school. (His first and last college plays were at the ThÃ©Ã¢tre de la Chapelle.)

â€œI was struck by the time that has passed, but by the impression that no time has passed,â€ he recalls. “I almost called a friend of mine to say, ‘Hey, do you want a bite to eat?’ And then I was like, ‘Oh, yeah, she’s not in that dorm. We are not yet students. But it’s been very cool and very rewarding to come back. It was weird being on the other side, but I couldn’t have asked for a better return to campus.

And no Michael Myers in sight.