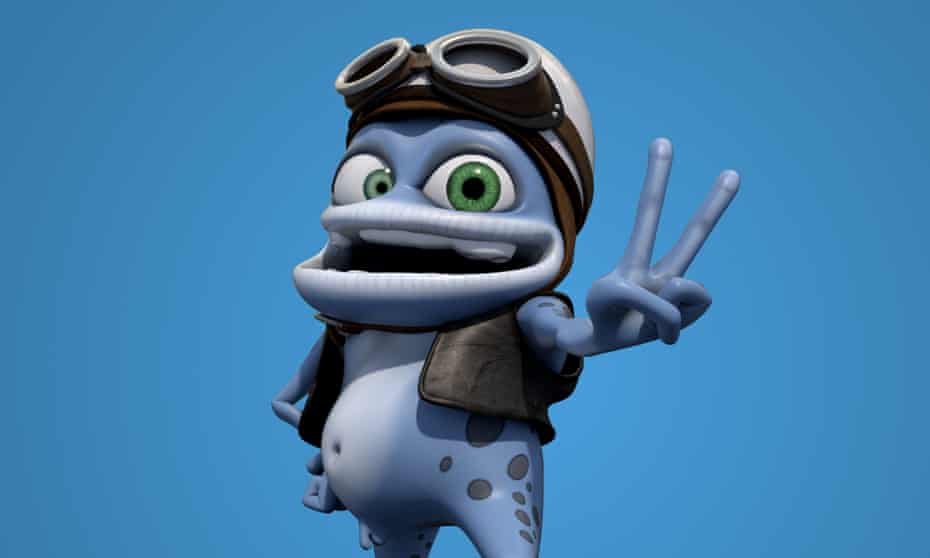 Crazy Frog – do you remember him? The ringtone-age celebrity, of which â€œAxel Fâ€ was a viral debut, is back. And, like all mad frogs do these days, he got involved in cryptocurrency. A few days ago, the team behind Crazy Frog kicked off the animated character’s comeback with a new single (a remix of “It’s Tricky” by Run-DMC) and an NFT collection. This NFT collection did not please those on the internet who thought that the return of Crazy Frog was only to sell crypto money, and Crazy Frog received death threats.

The people behind Crazy Frog have been forced to publish several statements on Twitter deal with the backlash. â€œAs seen above, there have been quite a few bogus fraudulent NFTs attempting to use the Crazy Frog name in the past,â€ they explain. â€œSimply put, the only way to really stop them for good is to create our own. This statement was released on December 10, but the threats did not end there.

Yesterday, the Crazy Frog Twitter account had to publish another statement pleading for a stop to all the madness. â€œHello everyone. We would like to start this post by acknowledging that while we appreciate all valid criticism of NFTs, sending us death threats and other nasty things via email is neither cool nor productive,â€ he began. -they.

The people who manage Crazy Frog social media accounts are further distinguished from real Crazy Frog, and hints at some behind-the-scenes discord:

We have noticed confusion about our positions, with some even assuming that we are the “creators of Crazy Frog”. We social media guys have no control over NFTs or other decisions. We’re just Crazy Frog fans like all of you.

No one is forcing us to like other people’s ideas, and the producer is not putting pressure on the creators. The creator is the producer. He’s in charge and we’re just following. Please stop spreading this myth because it is clearly wrong.

Everyone has a say in the brand, but the superiors have decided to go ahead with the project anyway. We don’t all agree and sometimes we can express our disapproval by promoting it. We are permitted to do so and have spoken only in our own personal judgment.

Hello everyone. We would like to start this post by acknowledging that while we appreciate all valid criticism of NFTs, sending us death threats and other nasty things via email is neither cool nor productive. 1/9

Remember everyone, this is just the start. We had so much more planned, it was YEARS in the making and YEARS to come. We are incredibly happy to share it with all of you in the future. 8/9

Installment loans are faster to get with Personal Money Network