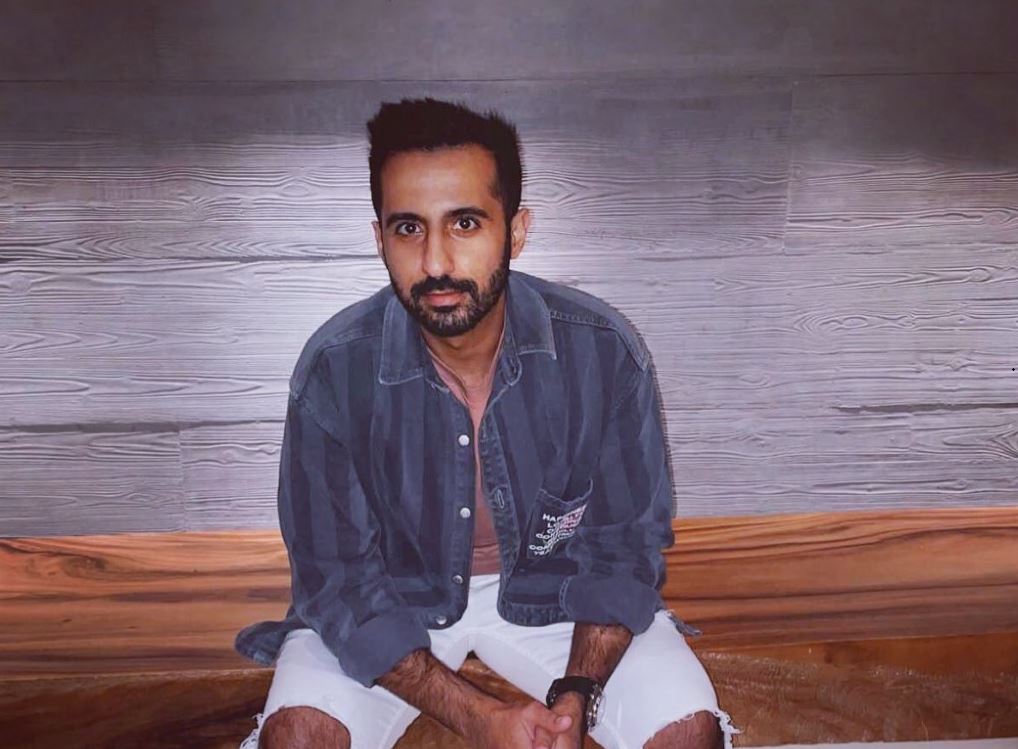 DES MOINES, Iowa — When Abood Alaliwi started DJing more than a decade ago in his native Kuwait, he dreamed of one day having the chance to open for a big-name DJ. That dream came true last July when Alaliwi opened for Grammy-nominated DJ/producer EDX at Platform nightclub in Des Moines, Iowa.

“It was a big dream come true for me,” Alaliwi said. “One of the things I love about [the United States] it’s the opportunities. If you have a goal and you have a dream, if you work hard you can achieve your dreams. I don’t think I could have had that in Kuwait.

Alaliwi, 34, has been a fixture in Des Moines nightlife for nearly a decade since arriving in Iowa from Kuwait as a refugee following the Iraq war.

Local clubgoers may recognize Alaliwi, aka Abood Seven or Abood, from his DJ residencies at nightclubs such as The Garden, the former Lime Lounge and more recently Platform. These days, he prefers playing deep, melodic house music to any other genre.

Alaliwi’s experience as a DJ in Kuwait was very different from what it is now in Iowa. Alaliwi was a pioneer, a maker of history and one of his country’s best-known DJs. In 2011, he launched a weekly radio show called “Underground” on Marina FM, a Kuwait-based station with over one million daily listeners across the Middle East. It was the first radio show devoted to electronic dance music in Kuwait’s history and created a legacy that continues today.

Kuwait is a small, oil-rich country on the Persian Gulf bordering Iraq and Saudi Arabia. As a Muslim-majority country, it is governed by conservative laws. Drinking alcohol and dancing are both prohibited in public, so Western-style nightclubs do not exist. However, if nightclubs were allowed, Alaliwi said they would be packed every weekend.

Like many countries, Alaliwi said there is a clear divide between those in Kuwait who want the country to remain conservative and those who want a more progressive society. Kuwaitis have overturned the country’s conservative laws to create a thriving – albeit illegal – nightlife scene.

“They want to party. They want to have fun. A lot of people like to party and dance all weekend,” Alaliwi said. “Underground parties are huge in Kuwait. We played for so many hours every weekend.

Everyone involved in Kuwait’s “underground” nightlife, from those who organize the parties to those who attend them, risks being fined, imprisoned or even deported if caught. A close friend of Alaliwi was thrown in jail after he was caught DJing at an illegal party.

“All of this is dangerous. If we get caught, I could get in trouble for playing music. I’m doing something taboo that I shouldn’t be doing,” Alaliwi said. “It’s really risky if you don’t know the right people. This could unfortunately cause people to lose their jobs, their source of income, which is sad.

Without the existence of nightclubs, Kuwaitis instead host weekend parties at apartments in Kuwait City or beach houses on the Arabian Gulf. The organizers will transform an apartment or a beach house into a nightclub, equipped with a dance floor, a DJ booth, a sound system, a VIP section and a bar selling music. black market alcohol.

Alaliwi was a very popular DJ almost every weekend. He DJed from night to sunrise, often nine or ten hours at a time, playing a mix of pop, house, techno and trance. Hundreds of people, including men and women of all ages, packed these illicit parties.

Alaliwi said there is a large LGBT community in Kuwait. In a country with laws against LGBT people, these underground parties provide a safe space for people to be themselves. “There are a lot of open-minded people [in Kuwait]said Alaliwi. “Parties were welcoming, accepting, safe. It’s beautiful.”

“In the History Books”

Alaliwi was a popular DJ in Kuwait due to his radio show on Marina FM, the country’s first private radio station. Alaliwi described Marina FM as a unique Western-style station among traditional Arabic stations in the country.

Alaliwi started as a volunteer at Marina FM in 2008 and was given a one-hour slot on Tuesdays. “That hour changed my whole life,” Alaliwi said. “It started like an hour, but they kept calling me to go back and fill in the weekend shows. The GM heard about me and offered me a full-time job after about six months.

Alaliwi was inspired by his clubbing experiences in Beirut, Lebanon to launch the first ever radio show in Kuwait for electronic dance music. His show would be called ‘Underground’ and he would play genres of dance music such as house, techno and trance.

“[The music director] looked at me and said, ‘Here in Kuwait?’ said Alaliwi. “But I got the approval.”

Alaliwi remembers being incredibly nervous the first time he hosted “Underground” on Marina FM. “You never know, they might tell us to shut it down because you can’t do that,” Alaliwi said.

Alaliwi said the response from listeners has been overwhelmingly positive. Social media lit up when people heard electronic dance music being broadcast over the airwaves in Kuwait.

“People loved it. Remember that Kuwait is a rich country, so many people travel the world and see many things. They heard this music and it reminded them of Ibiza, London, New York, Chicago,” Alaliwi said. “They couldn’t believe they were listening to this type of music in Kuwait.”

Listeners wanted to hear more on the radio, so Marina FM gave Alaliwi a permanent two-hour slot every weekend. He went on to DJ around 55 episodes from 2011 to 2012, before handing the show over to his best friend who continues to play electronic dance music on the radio today.

“My manager said to me, ‘Your name will be in the history books one day because you were the first person to put this type of music on the radio. [in Kuwait]said Alaliwi. “Even today they tell me, ‘Without you, we wouldn’t have this show.'”

Women and their bais ‘Calm-waali’