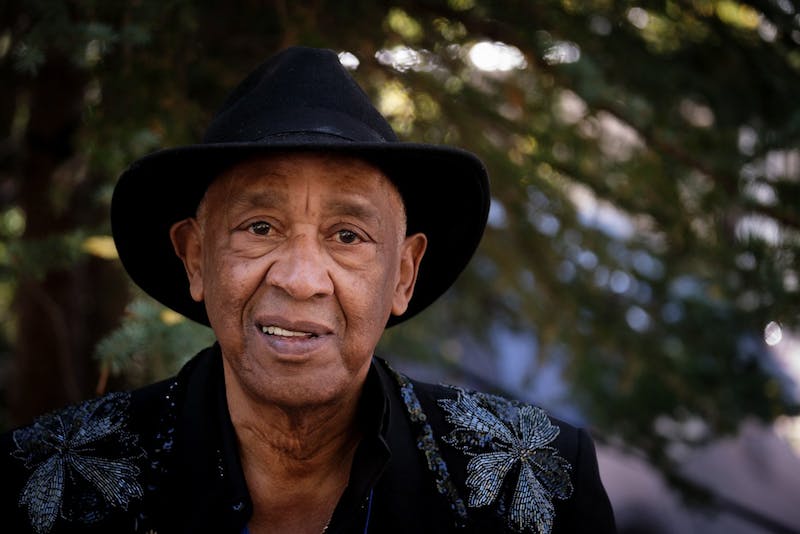 Music Maker Foundation is hosting a series of free concerts at Carrboro Town Commons every Friday night from 6:30-8:30 p.m. May 13-June 10.

The concert series, titled Freight Train Blues, is named after the eponymous song by Elizabeth “Libba” Cotten, a folk and blues artist born in Carrboro in 1893. Her folk revival music later inspired artists like Bob Dylan and Jerry Garcia, according to the Rock and Roll Hall of Fame. Cotten was inducted into the Hall of Fame on May 4.

Freight Train Blues pays homage to Cotten’s legacy and spotlights other Southern artists making folk, soul, bluegrass, gospel and blues music. The series is sponsored by WUNC and the City of Carrboro.

Music Maker founder Tim Duffy said most of the artists the foundation works with are 55 and older, and many have annual incomes under $25,000.

“Our mission is to help pioneers of Southern musical traditions through our programs,” he said.

Music Maker Foundation is a non-profit organization based in Hillsborough. The foundation has been meeting the professional and personal needs of Southern musical artists for nearly 30 years.

The foundation’s subsistence program helps these artists cover their living expenses, and their professional development program aims to document the artists and disseminate their music.

“A big part of what we do is create what we like to call cultural equity,” Duffy said. “In the music business, only the rich and powerful labels get into radio stations, or the most powerful artists get into museum exhibits. But by documenting these artists and presenting them in this way, they can be seen and celebrated.”

Tomorrow night will perform Hermon Hitson, an American guitarist who has been making music for over 60 years. He has collaborated with artists like Bobby Womack, Wilson Pickett, The Drifters and Jimi Hendrix.

Hitson said he was inspired to play guitar by the artists he listened to as a youngster, such as Sam Cooke and James Brown. He started recording music in Atlanta, which helped him make contacts in the industry.

“The moment I got to Atlanta, that’s when I started meeting all the people I heard on the radio,” Hitson said. “And that really influenced me a lot.”

Hitson continues to make music and said he plans to release a new album in July or August with Music Maker Foundation.

“I hope it does a lot and gives me another new audience, and I’m so excited about it,” he said.

Other artists performing at the Freight Train Blues include Lil’ Jimmy Reed, who calls himself “the last of the original Louisiana bluesmen”; Hard Drive, a millennial bluegrass collective; La Banda de Los Guanajuatenses, a 13-piece band from Guanajuato, Mexico; and much more.

This will be the eighth annual Freight Train Blues series. There will be a total of five free shows in the series. Carrboro Mayor Damon Seils said he was happy to see the event fully in person.

“I think people are looking forward to being back at these kinds of events and enjoying being with their neighbors in a way that feels comfortable and safe and celebrates this great community,” did he declare.

Seils said Carrboro’s local culture and economy is built around the arts and live music, and Freight Train Blues symbolizes what the town is all about. He said Cotten had become a “hometown hero” in Carrboro and looked forward to celebrating his legacy.

“We’re approaching spring with a bang here in Carrboro, while celebrating one of our own,” Seils said.

To get the day’s news and headlines delivered to your inbox every morning, sign up for our email newsletters.