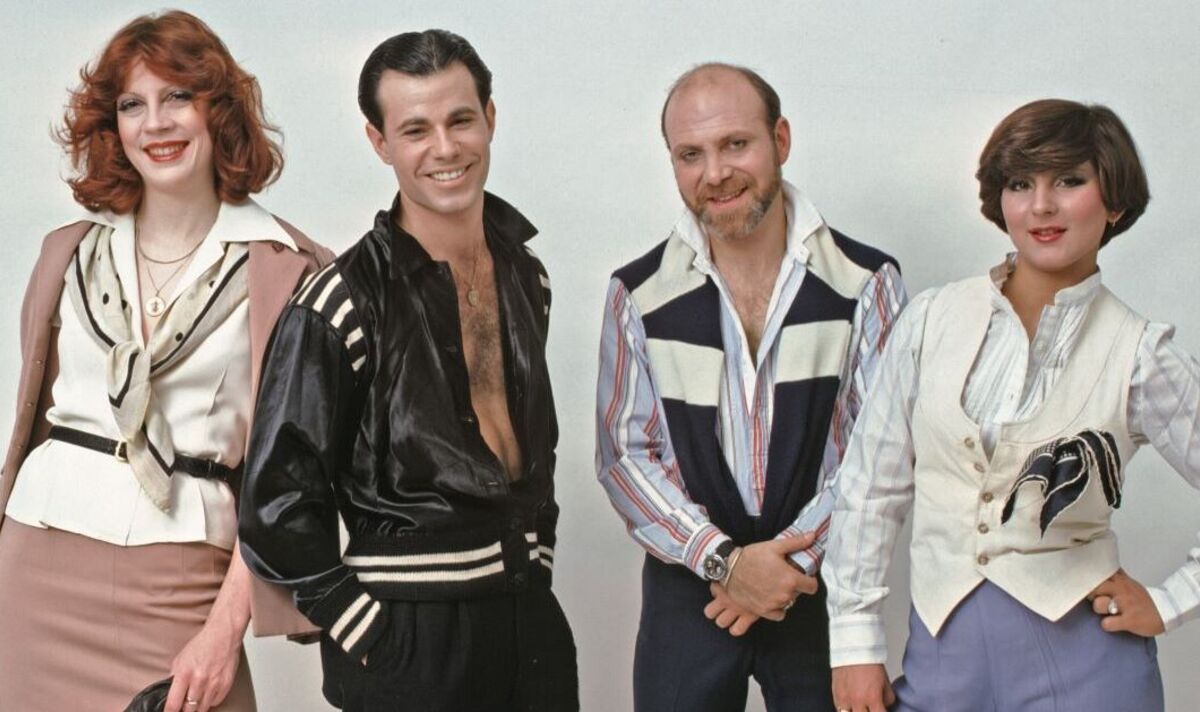 Alan, 72, shakes his head at the memory. “A wave of laughter came from the front and rolled back. I’m trying to hold my crotch…a million people were watching! When the song ended, I ran offstage, saw a waiter, and shouted “Give me your pants!”. We changed clothes and I ran back for the next number.

Manhattan Transfer’s 1977 hit Chanson D’Amour opened Europe to the vocal quartet. Sing this song to anyone over a certain age and chances are they’ll sing “Ra da-da da-da” back.

A number one here, it defined our image of the multiple Grammy-winning quartet as a retro-chic cabaret act. They were classy, ​​but they were much more than cabaret.

“That song bombed in America,” Alan tells me. “It broke us in Europe but at home it was not commercial.”

There they are primarily known as a jazz vocal group – the most successful in the history of music. Their first US hit was Operator in 1975 – so moving they were supposed to be black.

“In the south, we attracted a predominantly black audience – they thought we were black. They loved that it was a white band doing gospel.

When they started, the band couldn’t have been more different than their famously sleek look of tuxes and tails, party dresses and jewelry.

Paul recalls: “We wore doll head necklaces, extravagant wigs and outrageous make-up because the girl doing the make-up was Tim’s sister, Fayette, who was a member of the Cockettes – an avant-garde group from San Francisco made up largely of transvestites.

“We were underground, not musically, but we were there at the same time as the New York Dolls, and we dressed just as outrageously as they did, even though we sounded completely different. People were going out in jeans, we wanted to get their attention before they even opened their mouths.

“Vietnam had just ended, everything had been focused on the war and now we had the luxury of expressing ourselves. There was experimentation, people wanted to go out and have a good time… there was a sense of freedom, almost like what we just experienced with Covid.

Their exquisite vocal blend helped the quartet quickly achieve headlining status. After three and a half years, they were signed to Atlantic Records, who released their self-financed 1975 demo, The Manhattan Transfer. By then, they had adopted their familiar uptown image.

They had four more UK hit singles. “We played a lot against England. I remember playing at Hammersmith Odeon, the Dominion; it was wonderful…until 1979.

That year, Laurel left the band after a car accident and was replaced by Cheryl Bentyne. They took a chance and adopted vocalse – a style of jazz singing that involved adding words to instrumentals.

The result was Extensions. Europe hated him. “Europe didn’t want change, England, Germany, Scandinavia… they wanted us as we were, but we’re past that.”

In the US, the single Twilight Zone/Twilight Tone became their first Top 30 hit since Operator and their vocal remake of Weather Report’s Birdland, with lyrics by Jon Hendricks, won a Grammy.

Jean-Paul Gaultier designed the futuristic version of the album cover on the tuxedo. Their next ten albums entered the Top Ten on the US jazz charts; six were in the Top 3.

1985 Vocalese was nominated for twelve Grammys and won two (they have had ten to date). As they tour Europe for the very last time, they release Fifty celebrates their half-century career.

Born in New Jersey, Alan Paul was six years old, the grandson of a cantor, when he started singing at the South Ward Boys Club in Newark. At nine, he took lessons in New York with an old vaudevillian, Charlie Lowe, who had a prosperous studio. “All the music was vaudeville, the first American songbook.”

At age 12, Paul landed his first Broadway role as a workhouse kid in Oliver; Davy Jones of the Monkees played the Artful Dodger. After graduating in classical music and piano from Newark State College, he returned to Broadway as Teen Angel/Johnny Casino in the original cast of Grease.

“My old manager told me about a new show called Grease. I said, ‘What’s Zorba the Greek?’ No, he said some fifties thing. I auditioned to sing Only You on a Friday night and I got a call the same night telling me to start rehearsals on Monday.

After the show, the band Grease was playing clubs in Greenwich Village. Laurel Masse was dating the drummer.

“Janis was his friend. The first time I heard them sing, I was amazed. Laurel was a beautiful soprano and she was funky, Janis did Aretha Franklin’s Dr Feelgood. I couldn’t believe the voice.

Hauser, who had met them in his cab, asked Laurel to sing on his demo. He wanted to make four-part harmonies popular again.

All four clicked. “We rehearsed for six months, really refining our sound. When we had five songs, we started singing at friends’ concerts.

The new Manhattan Transfer was born in October 1972. Tim took the name from a 1920s book by John Dos Passos. “It was his biggest novel, it was about people in New York whose lives intertwine, much like our history.”

Their four-part harmonies were influenced by vintage bands like the Ink Spots, and later like the Hi-Lo’s who were more jazz oriented.

For Alan, the band’s greatest moment was winning two Grammys in 1982, one in pop, one in jazz. “We reached the pinnacle of recognition after years of really wanting the career, it was a big pinnacle.”

Equaled only by the love of their fans, “people got married with our music, people had children with our music… different generations of the same family grew up with it and want us speak. They are extraordinary.

Alan says his own wife and daughter are “my foundation; being in a band has always been a balancing act. I see myself as a professional juggler always keeping the balls in the air and finding the balance between touring and family time.

In 1998, The Manhattan Transfer was inducted into the Vocal Group Hall Of Fame. But fate conspired to deflate them. Cheryl had cancer and quit acting in 2012; two years later Tim died of cardiac arrest.

They considered splitting up, but when Cheryl’s cancer went into remission, they continued to recruit Trist Curless on bass.

In January 2020, after playing in Cologne with the WDT Funkhaus Orchestra, they decided to record together. The lockdown suspended the project for a year. The collaboration, Fifty was finally recorded in 2021.

“We didn’t just want to do the hits, we wanted to do songs that we really loved and deserved new orchestrations and new arrangements.”

Their current gigs are “the end of touring,” says Alan. “We’re not going to do that anymore. We are still going to do things but it becomes difficult, to travel abroad.

“If only it was like Star Trek and someone could just beam us up and drop us off… It’s getting harder and harder to get around. We might change our minds, but for now, it’s ‘is all.