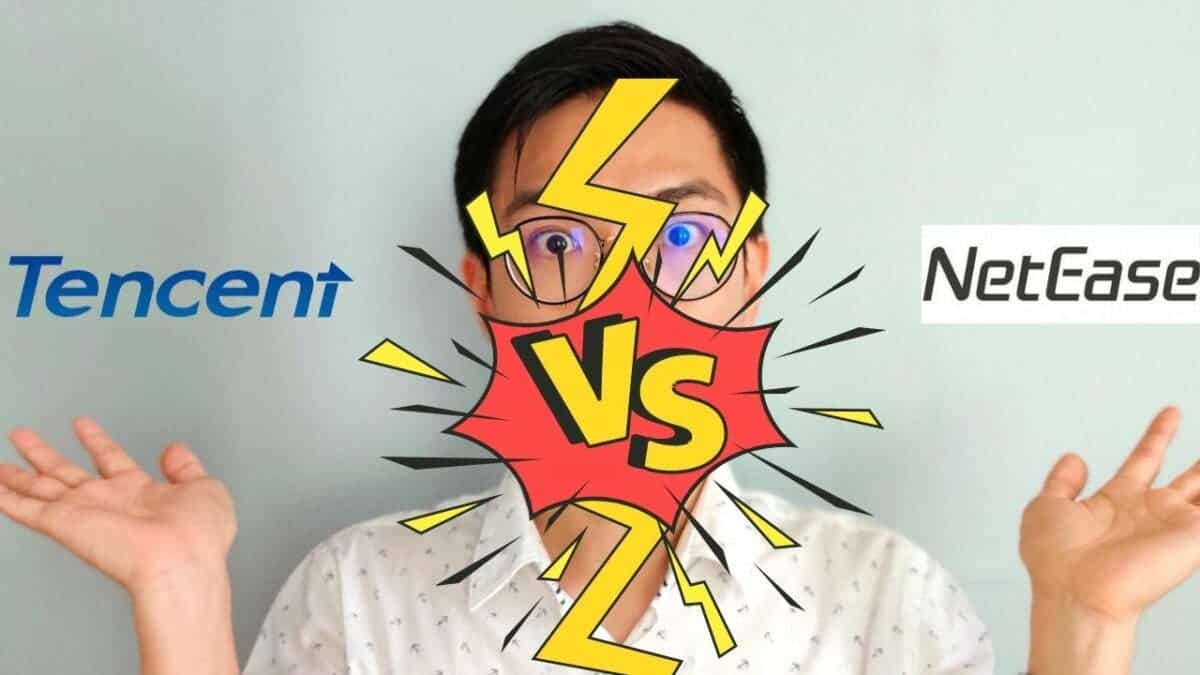 For a long time, Tencent Music Entertainment Group (including QQ Music, Kuwo Music, Kugou Music, National K Song and other products) illegally played unauthorized songs. NetEase claims it has faked songs in batches and is copying its product innovation. Here are the main complaints NetEase has against Tencent.

NetEase Cloud Music claims that for a long time, QQ Music, a subsidiary of Tencent Music Entertainment Group, repeatedly lists its popular works without permission. The company claims that after filing for rights protection, QQ Music had to change tack. QQ Music then targets the regions of Beijing, Shanghai, Guangzhou and Hangzhou. In other areas where he knows NetEase wasn’t looking, he continues to hack and publish NetEase products.

At the provincial level, QQ Music cannot stream NetEase Cloud Music rights songs in Beijing, Hangzhou, Zhejiang and Guangzhou, Guangdong. However, it can be played in Xi’an, Jiangsu, Suzhou and other provinces and cities.

From the same provincial-level region, taking Zhejiang province as an example, as far as QQ Music cannot broadcast NetEase Cloud Music rights and interests in Hangzhou city, all other ten prefectural-level cities from Zhejiang Province, such as Shaoxing, Huzhou, Jiaxing, Ningbo, Zhoushan, etc., all committed illegal acts of secretly broadcasting the songs involved in the case.

The number of infringing works pirated by QQ Music in different regions is huge. Moreover, these are all popular songs on the NetEase Cloud Music platform. QQ Music’s behavior violates copyright and seriously violates business ethics. His behavior ignores laws, regulations and business ethics. His subjective wickedness is obvious.

For unlicensed songs, QQ Music has developed the function to copy and re-import the playlist link from its platform. He can then replay and download the original playlist.

Take the popular song “Displacement Time and Space (Ai Chen)” as an example, the search on QQ music station shows “no sound source”. However, after copying the playlist link and importing it (the playlist import link contains y.qq.com), you can play and download the song.

QQ Music pirates royalty-free works by “importing external playlists”. Such a fragmentary and underhanded gesture harms the rights and interests of musicians. It also infringes copyright and destroys the fragile mutual trust between industries.

For a long time, QQ Music, Kugou Music and Kuwo Music of Tencent Music have produced a large number of works of imposters and song washing for unauthorized works.

In 2020 alone, Tencent Music successively launched a large number of fake songs of the same name for popular songs. The chorus part of nearly a thousand songs is the same or similar to the original song.

In addition, some Tencent Music Entertainment Group companies are even more determined and organized to participate in the songwashing industry chain. As long as NetEase Cloud Music releases a hit song, the three Tencent Music products will not only pirate the original song directly, but also intensify their efforts to release a large number of low-quality songs with the same name. In fact, it happens a day or two after the release of the new song.

As of March 2022, the Kugou Ringtone app and Kuwo’s ​​2496 app also used a similar design. In April 2022, the updated version of QQ Music also provided a vinyl playback interface. The design concept and interface are very similar to the NetEase Cloud Music vinyl page.

In July 2020, NetEase Cloud Music officially launched the “listen together” function. Thanks to the community atmosphere of the cloud village and the unique interactive experience, “listening together” has quickly become a feature widely praised by the industry and popular with users. In January 2021, Kugou launched the “Follow and Listen” feature. Its function settings and page interaction design can be called pixel-level plagiarism of NetEase Cloud Music “Listen Together”.

Over the years, Tencent Music Entertainment Group has competed unfairly against NetEase Cloud Music and the entire online music industry. It is also long-lasting, wide-ranging, varied in means and tragic in its consequences.

Subway customer shoots employee when sandwich “had too much mayonnaise”