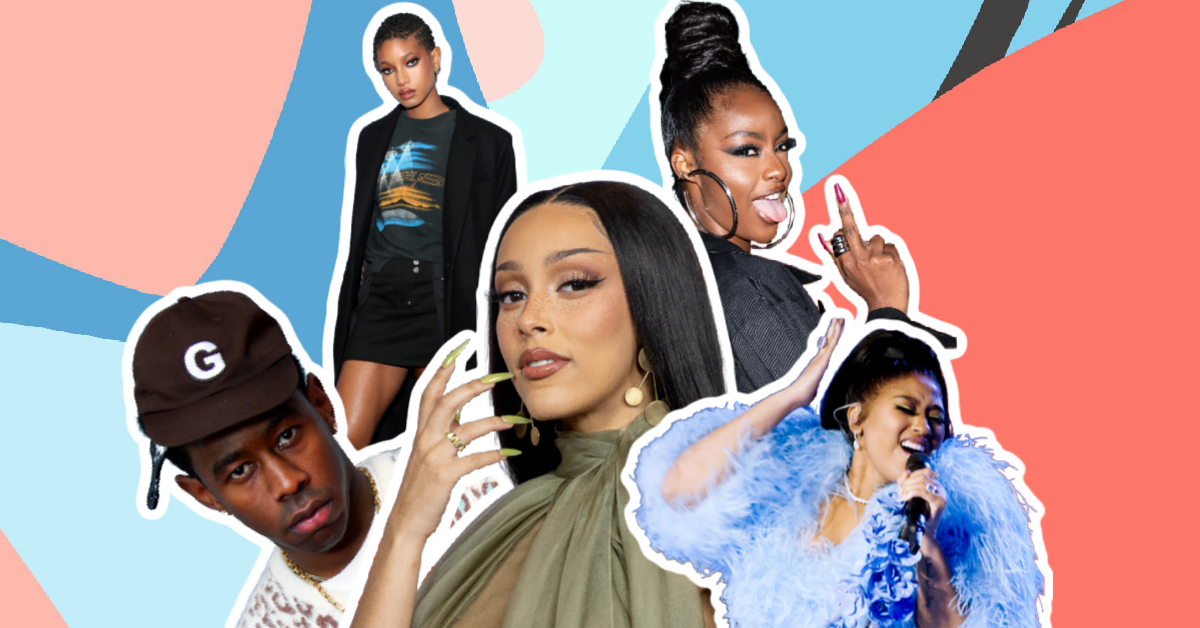 We have arrived at Friday, all of you! Which means it’s time to do all things: being outside watching functions, park dates, sitting on the couch watching binging Harry potter – guilty! – or indulge your cheat cravings with this Shack Burger, but most of all, it means his new music on Friday. Some of our favorite artists have released a multitude of musical offers. From Willow Smith’s emo-punk musings to Doja Cat’s alien pop-rap, there’s something for everyone and every mood.

Below we take a look at some of the fiery tunes we’ll be enjoying all weekend:

It’s finally here and we’re freaking out! We can finally book a space shuttle for Planet her and discover the universe imagined by the pop rapper. The 14-track album is packed with multi-genre bops and features cameos from some of the biggest names in the business like Ariana Grande, The Weeknd and Young Thug. As seen last year through his many interpretations of “Say So, “ this album shows Doja in her element – effortlessly mixing sounds and genres to create her own world of pop-rap. Planet her finds Doja completely in a way which belongs only to her. She is the new rap princess and we are all honored to be invited to the coronation.

Along with the release of its much anticipated sound – emphasis on very – second album, the galactic pop raptor released the next visual in her Planet her Universe, the music video for his next single “You are right.” Starring pop star The Weeknd, the visual shows Doja as a Greek goddess adorned with a custom CHRISHABANA look (with some stunning hairstyles in the shape of a Libra zodiac sign) wandering around her land at “Mount Olympus” before being sent to earth by a celestial deity, played by The Weeknd. (There’s also a Rick Owens alabaster bed cameo – and hey, what can we say, we love good furniture here.)

Tyler, The Creator’s 6th studio album, Call me if you get lost, came out today and masterfully organizes sounds that only he could put together. Much like his previous work, the songs on his latest album read themselves like mini-mixtapes – shifting in and out of various sounds and styles effortlessly. Call me if you get lost is the sequel to her 2019 Grammy Award-winning album IGOR and features a list of the best in rap: Lil Wayne, Lil Uzi Vert, Pharrell, 42 Dugg, DJ Drama, Ty Dolla $ ign, Domo Genesis and NBA YoungBoy as well as voiceovers from cultural figure Jay Versace and DJ Drama with his iconic “Gangsta Grillz“ label. The album cover appears to be inspired by rapper Ol ‘Dirty Bastard’s debut album in 1995 Return at 36 bedrooms: The Dirty Version blanket. Just like his IGOR era and commitment to stay in character, it seems, Tyler continues that concept through his visuals for this album and his line of Ushanka hats.

Our favorite tracks: “RUNITUP”, “SWEET / I THOUGHT YOU WANTED TO DANCE”, “WUSYANAME”, “RISE”

Check out some of Tyler’s cinematic visuals from his new era, with his iconic Ushanka hats, below:

Okay, we’ve said that before, but so we’re here for Willow Smith coming for his pop-rock crown. I mean it makes sense, with her mom, actress and singer Jada Pinkett Smith, herself being a veteran rock singer with her debut nu-metal band, Wicked Wisdom. Fresh off his hit, anguished punk single, “Transparent soul“, Smith is back to deliver another pop-rock anthem. “Lipstick“ fits perfectly into pop-punk, Flyleaf meets the Fefe Dobson era that she is about to give to girls. His fifth studio album, Lately I’ve been feeling it all is scheduled for July 16. Well, we’re ready to stock up on Vans – from Hot Topic only – and live out our Warped Tour dreams.

Discover the official visual of “Lipstick“ below:

We’ll just say it: Justine Skye deserves more recognition and this album surely proves it. Skye’s fifth studio album, Space and time, is a record-breaking 11 song jam packed with ethereal sounds, cute alternative R&B jams and flawless production, courtesy of THE Timbaland. “It’s my time now, and no one can tell me anything else” Skye says inside her Space and time documentary and we couldn’t agree more. This album sees the singer-songwriter blossom. It’s the makings of an emerging rnb-pop princess. Side note, “mmm mmm“ should be added to your playlist for the weekend statistic.

Our favorite tracks: “In my bag”, “Twisted Fantasy”, “About the weather”, “Mmm Mmm”

Skye also documented the process of making her fifth studio album. Watch it below:

Our favorite vocal beast, Jazmine Sullivan, has decided to bless us with a new single, “Tragic “, which fits perfectly with the concept of his critically acclaimed 2020 album, Tales of Heaux. An iconic saying from Saint Louis, MP Maxine Waters – “Get my time back, get my time back“ – open the track and make your way through the hook. Sullivan’s pen game is something legendary, masterfully weaving millennial stories of love, sex, situations, pain, break-ups, and empowerment. This track finds the “Pick Up Your Feelings” singer, “reclaiming” her time and continuing the conversation theme surrounding sex and women possessing their sexual power in the continuity of Tales of Heaux.

See the viewer for “Toxic“ below:

Want to be cranky and emo this weekend? In your feelings? Intergalactic? This week’s recap will have you covered for just about any mood. Enjoy the music and the weekend!