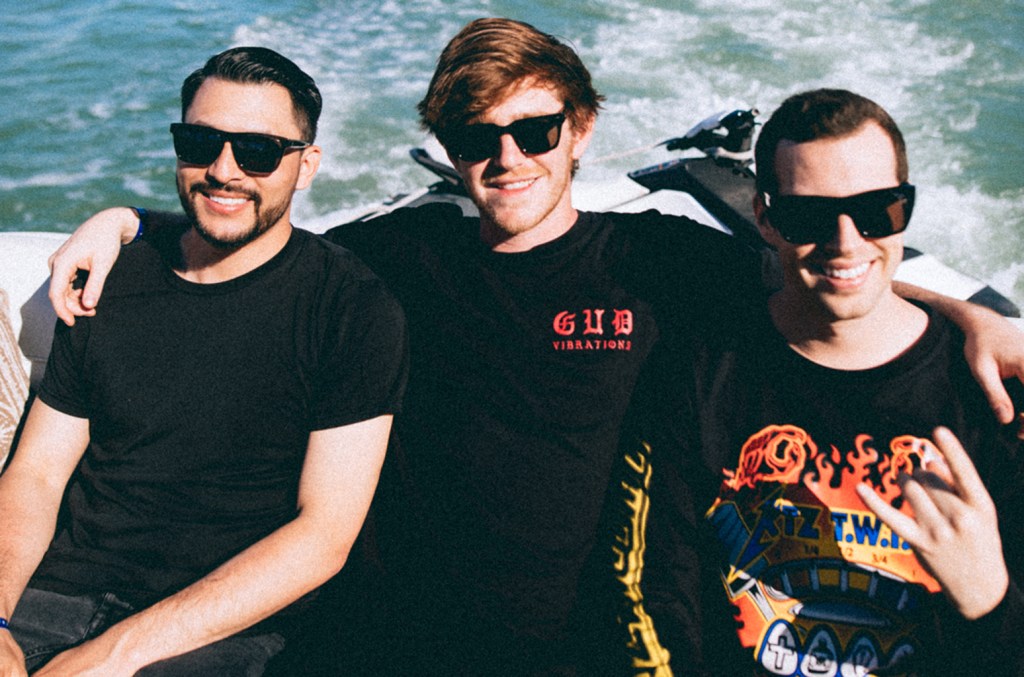 This week in dance music: We’ve gone through the 15 most anticipated dance albums of spring, we’ve taken a deep dive into how dance music sets the tempo for NFTs, and we’ve had lineups of waiting for the ARC Music Festival in Chicago, the Elements Music Festival and the 10-year anniversary of Coeurs du Désert. Also: Alison Wonderland dropped an upcoming Mexican festival hosted by Brownies & Lemonade, we chatted with Black Coffee about her historic Grammy nomination, Diplo debuted at No. 2 on Top Dance/Electronic Albums with her self-titled LP recently stepped out and spoke with old pals Carl Cox and Nicole Moudaber about the state of techno and their show in Brooklyn this weekend.

New music? We have that too. Let’s dig.

Regular collaborators NGHTMRE & SLANDER return with a track that marries a soulful ballad of Dylan Matthews’ loving strings and vocals with piercing, high-pitched synths that transform the otherwise mellow track into a main stage anthem. “Fall Into Me” is also the lead single from NGHTMRE’s debut album, the name and release date of which have yet to be announced. Los Angeles-based NGHTMRE will play Ultra Music Festival in Miami next weekend and headline Colorado’s Red Rocks Amphitheater on April 15 on a project that also includes Kill The Noise, Dimension, Knock2 and Nitepunk. — KATIE BATH

The next time a breakup has you wanting to watch rom-coms and sob in your Elle-Woods ice cream style, Mabel has a sonic tonic for your blues. The British pop artist has teamed up with producers Jax Jones and Galantis (whose recent crossover collaborations include Charli XCX, Saweetie and Little Mix, NBD) on new single “Good Luck,” the ultimate kiss for wandering-eyed exes .

The dance-pop production itself is a mood booster with its radiant piano melody, deep bass line and disco string synth flourishes – but the real cure lies in Mabel’s lyrics: “It’s not worth no drama / In due time he’ll get his karma / He’ll find you happily ever after / But he won’t find no better / So wish him well Sing this with your best friends at the club and after you’ll be wondering, “[Insert ex’s name] WHO?” — KRISTAL RODRIGUEZ

After a long and arduous journey, producer/songwriter Elohim has finally reached the ooey-gooey center of her musical soul. The fourth and final installment of his EP series Journey to the center of myself is more than an end. It represents his artistic voice in its purest form. The California music maker wrote, produced and recorded the entire eight-track collection alone in her bedroom with no help or input from anyone else. It’s a first for the daring Elohim, and the melting melodies, kaleidoscopic synths and beep-bloop beats are a big moody win. On Twitter Elohim called them “the craziest, weirdest sounds I’ve ever made,” and we believe she’s weird. – KAT BEIN

Old school meets new with rising Brazilian producer Vintage Culture teaming up with British band Faithless’ legendary Maxi Jazz for a moody and quirky collaboration. On “Commotion”, Jazz’s delivery of soft, almost spoken words creates an intelligent and chilling vibe under which Vintage Culture piles up a whirlwind of dark rhythms that simultaneously strike our age of anxiety while allowing us to come out of it. “These lyrics came in the middle of the night as I was reflecting on the difference between the world I grew up in and where we are today,” Jazz explains. “Like most people, I am more than a little concerned about the future of generations to come and the words took 20 minutes to write. They poured out of me like a tap. And they come from a place love, not fear. K.Bath

After giving us a mixtape last year, still slippery flight. 1, who wandered towards the more introspective side of electronic music, Joy Orbison is back to unravel the ravers on the dancefloor. The new track “pinky ring”, he says, is “one of the first pieces of music I did in the studio after still sipping, inspired in part by the desire to have new music for my club night but especially by my wife who still dragged me into ‘n’b’ (sic) nights. It’s cool, crisp, and heady as hell – with crackling, rattling, glitching textures and a dangerously growling bassline ready to tear itself from the ground and wreak havoc on our collective souls. The voice sample clip is simple but so catchy; at one point it tap-tap-tap-tap on your brain, while the other sounds melt away and you feel like you and those are the only things there are – until that heartbreaking bass says it contrary. — KR

Kasablanca – the duo who have yet to reveal much information about their real identities – are nevertheless solidifying their reputation with a series of excellent progressive house releases which continues today with their debut on Anjunabeats, Immunity. The three-song EP closes with “Phoenix,” a melodic slice of stabbing hypnotic synths that crescendo with warmth and weight. The duo has recently performed at high-profile dance venues including San Diego’s CRSSD Festival, New York’s Terminal 5, and Washington DC’s Echostage. Kasablanca will also make their Bonnaroo debut in June with a set in the festival’s camping area. The stacked multi-genre lineup for which also includes Dillon Francis, Channel Tres, Jauz, NGHTMRE and many more. — K.Bath

When Breakbot and Irfane get together, you just know it’s going to be good. The two funky Frenchmen behind 2012’s disco house hit “Baby I’m Yours” are back with a four-track EP that will cure your dance floor woes and spark some romance. The cure The title track had us dancing earlier this year, and now the entire EP unfolds in silky smooth disco shimmer. We particularly like the closer EP “Disease”, which has the kind of viral funk we’re happy to catch. – K.Bein