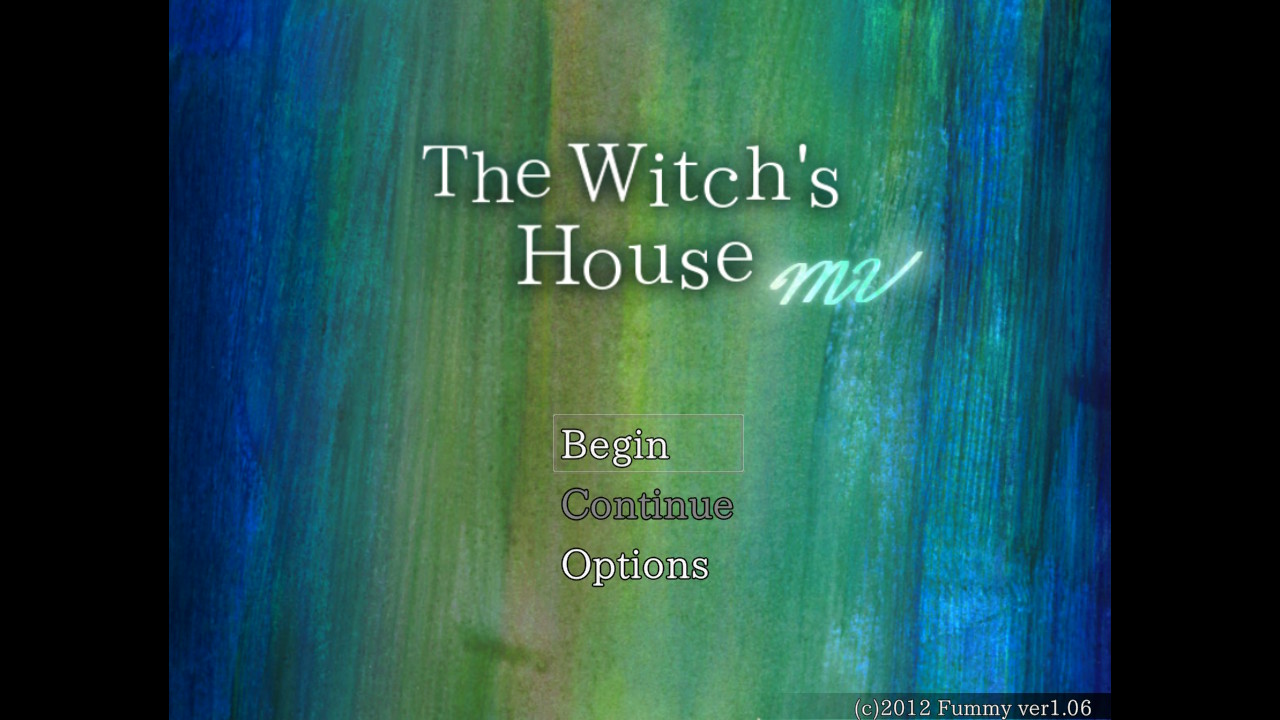 Bringing a Japanese indie game to the masses, especially one that was already available for free, is a tough thing. On the one hand, developers are one hundred percent deserving of their hard work being recognized and trying to gain something from their product, especially if people like it. On the other hand, it can be hard to swallow something to see something go from “supported by fans and free everywhere” to “locked behind a paid platform”. You can always hope that the friendliness of strangers will be enough to make the transition worthwhile, but it’s much more likely that incitement is the key to success. Fortunately, DanGen Entertainment has taken the necessary steps to help take the cult classic The Witch’s House out of the freeware circle and place it in a solid “get this game” category.

Many will know the name The Witch’s House from the countless number of streamers who have taken part in the unique horror experience therein. A labor of love from indie developer Fummy, you play as a lost blonde girl named Viola who is trapped in the forest and wants to return home. With no other way to go, Viola wanders into the titular witch’s house, which immediately turns out to be a huge mistake. Plagued by traps, puzzles, and murderous affairs in general, Viola must survive to the top floor to finally confront the witch…at least in theory. For many, just entering the house will result in your immediate death and return you to the start menu.

The snake wants to kiss me! Awwwwwait, shit.

This is where the flavor of The Witch’s House starts to develop, and it’s really up to the player whether he’s up for that run or not. Designed in RPG Maker, Fummy configured the game to trigger a number of events from seemingly arbitrary reasons. Some events are just small moments designed to upset or scare you, like lights going out, things falling, or mysterious signs appearing. There are a few moments that really gave me goosebumps because of how subtly this happened.

On the other hand, some of these triggers cause you to die instantly, which can be a huge disappointment if you haven’t saved through Black Cat recently. Anything and everything will kill you, from picking up items to not picking up items, talking to things or not talking to them, or just being in the wrong place at the wrong time. Much of this game is trial and error, ultimately resulting in a streamlined game that can honestly be knocked out in less than an hour.

Oh cool, the game adapts to the thoughts of the player.

As a base game, The Witch’s House is something to see, and I encourage everyone to check it out. Thanks to the limited ways the game was designed, I think it’s a brilliant take on storytelling and scare in something relatively unfaithful. Having pixel art to tell the story of this great maze-like house is a fitting medium, because you’d be truly horrified or perhaps just dissatisfied with something of this caliber traversed through, say, Unity or Unreal. Being able to focus on gameplay or slowly unfold the story through optional diary dialogues is a treat, though the former is the way to go if you really survive.

There are several traps and puzzles that are timed and you need to act fast, not think about the world you exist in. I was captivated by the number of ways you can be killed without any real recourse, and it was actually fun on the easy difficulty, as it allows you to automatically respawn and try something again.

There were a few puzzles, however, that were positively infuriating. The skull puzzle in particular was just an absolute mess to figure out, even reading the clues and then re-reading it to make sure I understood. Maybe it’s a translation issue, but it just wasn’t quite understood, so I spent an ungodly amount of time rotating skulls and trying several combinations until I finally found the good. Luckily the puzzle stays the same throughout, so once I got it I was able to do it again quickly after being killed instantly by the next trap that came my way. Cheap kills are sometimes fun, but, again, being sent back to the main menu (on normal difficulty) was deeply upsetting, especially if I had forgotten to talk to the chat lately.

But how could I not, with such captivating dialogue?

The game’s soundscape is very minimalistic, and I think it works exceptionally well for The Witch’s House. You can enjoy the stillness and suspense throughout, with a few discordant notes floating around to help set the mood. When you find yourself in a hunting trap and something tries to murder you, the sudden injection of frantic, inverted notes lifts your hairs to the roof and stresses you something fierce. The soulful music that accompanies one of the endings (yes, multiple endings!) is appropriate and almost sounds mocking once you unlock the extra ending. It’s definitely not a soundtrack I’d be drawn to on its own, but it suits the game extremely well.

The weird sounds after wandering around this “secret” room are haunting.

It took me way too long to realize the full name, The Witch’s House MV, is a reference to how this game was recreated in RPG Maker MV, and this is where people will have to vote with their wallets and their minds. For one, the updated graphics highlight many aspects of the game, especially the garden and the four sound rooms.

It’s nice to see the game getting a proper high-end treatment, but it comes at a cost. While the original was dark, this remake MV is sometimes TOO dark, causing me to squint unusually hard at the screen to figure out what I’m doing. It’s easier to manage on the big screen, but if you’re playing it on the Nintendo Switch on the go, even the best lighting conditions can’t compensate for the saturated darkness that inhabits most rooms. Never mind the maze of the dark room: it was an incredible pain to know where I was going before the lights even went out.

It’s hard to see, but I’m less than a second away from being killed by a teddy bear.

The remake of the MV, however, also brings a whole new level of difficulty that feels like a whole new game. Fummy has designed an entirely new approach to The Witch’s House with hard mode, where objects are in a different place, traps react differently, and things are almost totally remixed. I spent way too long trying to find the machete at the start, an item you literally can’t start the game without.

Even though it’s labeled as “hard”, I would rate it as “New Game Plus” in a way, since it’s not even available until you finish the game on Normal. It also brings new story elements and gives you a much clearer (and bloodier) view of what’s going on between Viola, Ellen, and other facets of the game. For fans, this is a deeply engrossing new take on the game and basically lets you relearn everything.

Man, the Mirror of Erised really appeals to me, you know?

Personally, I think The Witch’s House MV is a treasure, and I’m happy that it now exists on multiple platforms. The credibility of the hard work of Japanese indie developers is still needed in greater quantities, and this is a solid step forward. I sincerely hope we get an eventual physical edition as well, as I can see collectors wanting to add this to their shelves. While it may be short, it’s a title that can and should be experienced at least once, which is why I’m glad the original is still widely available for free. If you just want to see what it’s all about, it’s pretty easy to find it online. However, if you like the gruesome and punishing story told here, I encourage you to support Fummy’s work and take up The Witch’s House MV as a thank you, and to see a whole new side to this genuinely horrifying game.

The Witch’s House MV is now available on PC and Switch.

A copy of The Witch’s House MV was provided by the publisher.

Not a DH fan, but let’s give it a year pass