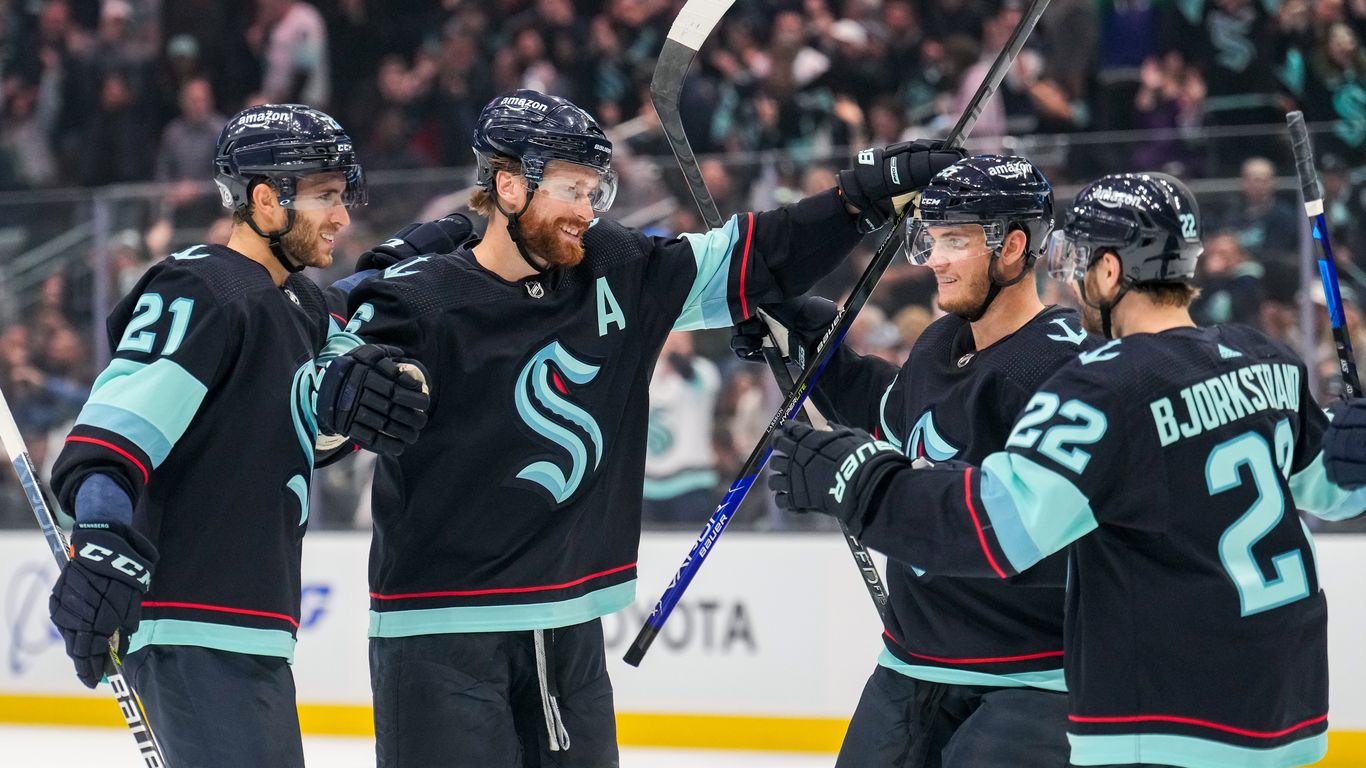 The Seattle Kraken will have its own original song by Oscar-winning composer Hans Zimmer this season, a team spokesperson told Axios on Thursday.

Why is this important: The Kraken enlisted a Hollywood composer – who composed the music for “Inception” and “Gladiator,” among other hit films – for their intro and promotional music, which is rare in professional sports.

Details: Zimmer created an original eight-minute song for the Kraken, which is used during the three-minute intro video before the team hits the ice, Kraken marketing director Katie Townsend said in an interview with Axios.

Yes, but: The song is not available for download anywhere, Townsend said. However, there is promotional videos available online.

How we got here: Hollywood producer Jerry Bruckheimer, who is an investor in ownership group Kraken, floated the idea of ​​Zimmer composing the music for the team during a meeting with Townsend last summer.

The big picture: Sports leagues have used themes from composers like John Williams, Ludwig Goransson and Danny Elfman in the old days. But, according to Townsend, that’s a rarity in the NHL.

What they say : “I think a lot of times teams will have their own sound, their own soundtrack, but I don’t think most sports teams have the budget to go to Hollywood,” Townsend told Axios. “And that’s where we’re incredibly lucky that it was indeed a gift from Hans to Jerry.”

A fun note: Zimmer composed the song “The Kraken” for the hit movie “Pirates of the Caribbean: Dead Man’s Chest.”