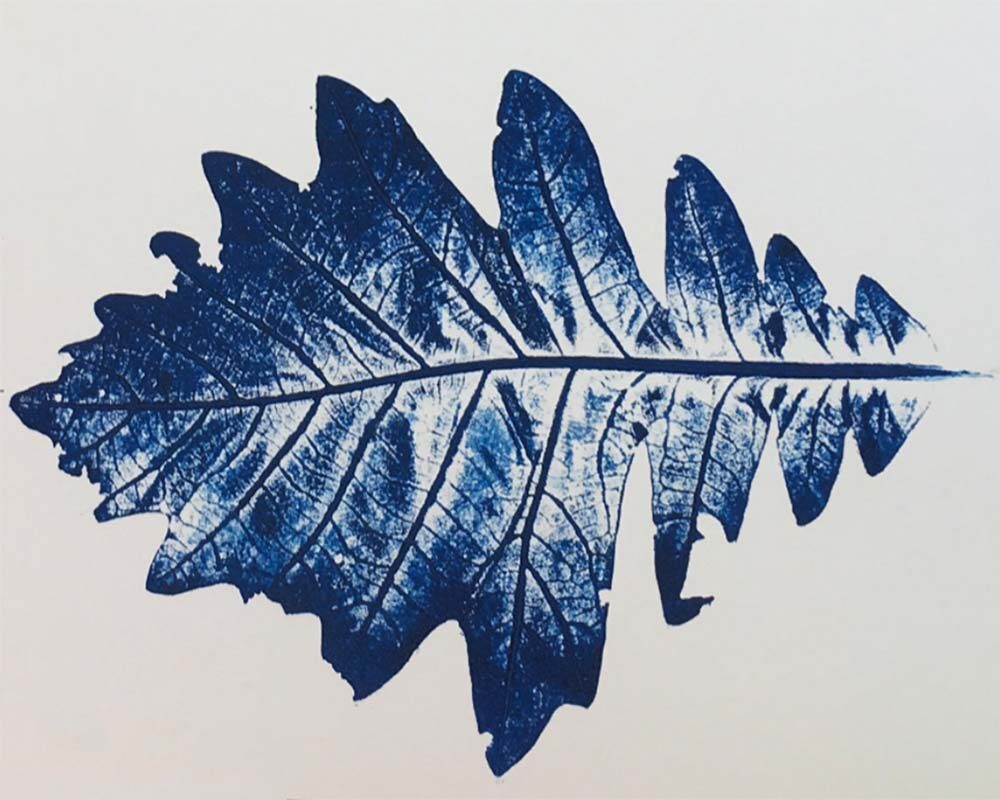 Tappan Oak: A story of life, death and rebirth

Tappan Oak was located near the west side of the Hatcher Graduate Library. (Image courtesy of UM Bentley Historical Library.)

You can be alone even in a crowd, and certainly on a college campus. It was like that when Chayce Griffith, BS, ’16, was in sophomore at Michigan in 2013-14.

He was majoring in engineering, but he didn’t like it, and he couldn’t find the right friends.

Many nights, for company, he drove 10 miles to Saline to dine with his family. Other nights he wandered the Diag alone, stopping to read the old bronze plaques on the buildings and rocks. And he liked to look at the trees.

One night he stopped by the imposing old Tappan Oak, between Hatcher Library and Haven Hall. The ground was strewn with acorns. He thought about the fact that the tree was older than the oldest of the historical markers, but still growing. Then, unsure of why, he knelt down, held his backpack open, and grabbed a few handfuls of acorns.

He took them to his parents. He googled: “How to grow a tree from an acorn.”

Following the directions, he put about 20 acorns in Styrofoam cups, added potting soil, then refrigerated the cups in his parents’ garage.

In the spring, he would take them out and line them out in the sun. A few months later he had half a dozen plants. A year later, he planted the seedlings in the backyard.

His father’s lawn mower accidentally knocked down a few. Griffith put markers to guard the two survivors. Then he waited.

Dubell U. Arkay wrote this ode to Tappan Oak published in ‘Michigan Argonaut’ in June 1886. Click on the image for a larger view. (Image courtesy Wolverine Press.)

Some 250 years before Chayce Griffith was born, a rustic acorn fell from a bur oak 40 miles west of the border settlement of Detroit and sprouted in the ground. The people at the roundabout belonged to the Anishinaabe nations – Ojibwe, Odawa, Potawatomi. By the time their children’s children were driven from the land by American settlers who moved west after the War of 1812, the acorn had grown into a flourishing tree, dropping its own acorns.

Elisha Rumsey, one of the first Ann Arborites, claimed the property in the 1820s. Her brother Henry cleared 40 acres but left the beautiful bur oak alone. Likewise the people who took possession of it in 1837 and began to erect a border college.

In 1852, when the philosopher Henry Philip Tappan became the school’s first president, the students numbered just over 150. Tappan’s biographer said that “young men … and attracted to him. Registrations are gone.

In 1857 Tappan hired a young historian, Andrew Dickson White, not far from Yale. “The ‘campus’ … has been a huge disappointment to me,” White would write later. â€œIt was a flat, square forty-acre enclosure, neglected and miserable. In all of its space there were no more than twenty treesâ€¦ Coming, like me, from the glorious Yale elm trees, all this grieved me.

So, without permission, White began to plant trees. Students came to help him. Members of the 1858 class brought maple seedlings. Around the native oak, the tallest tree on campus, they planted the small maple trees in concentric circles and named the oak in honor of Tappan. The president was there to thank the students for the new trees. He noticed that maple trees would long outlive the native oak, which was now a century old.

This marker is placed in the rock placed near the Tappan Oak. He describes how each member of the class of 1858 planted trees in concentric circles on the Diag in honor of President Tappan. Click on the image to enlarge.

Twenty-five years later, on June 26, 1883, 18 members of the Class of 1858 returned to Ann Arbor for a meeting. Next to the oak tree, they placed a rock to commemorate Tappan, who died barely a year and a half earlier. To his widow, Julia Livingstone Tappan, they wrote: â€œToday we visited our old haunts to find a lot of things that have changed. The growth of the university has been remarkable. But during all this time, men have only built on foundations laid and ideas devised by President Tappan. “

Andrew Dickson White had long been the founding president of Cornell University in his native New York City. In 1911, now an old man, White returned to Ann Arbor to inspect his trees. Around the Tappan Oak, he counted the surviving maples planted by the boys of the class of 1858. Many of them had left for the southern battlefields in 1861. White was heard to say, â€œThere are more than ‘living trees than boys.

As the university grew, the branches of the Tappan Oak sent new twigs every spring.

It was a landmark and a meeting place, but not always in a way worthy of tender nostalgia. Every spring for decades, members of the honorary high society called Michigamua, in accordance with its false– Native American pattern, introduced new limbs to the base of the oak tree, where they sprayed the newcomers with water and smeared them with red brick dust – the “red” equivalent of “black face”. Dust seeped into the bark at a height of about six feet, staining it the color of rust.

The tree survived decade after decade as construction crews built and rebuilt the nearby General Library (now the Hatcher Graduate Library), tunneling for pipes through nearby soil; laid concrete sidewalks over its extensive root system. The clean air and rain of the 1800s took on the hues of the industrial 1900s. But the tree withstood WWI and WWII, the 1960s and the dawn of a new century. On a day unknown to anyone, he passed his 200th birthday. Gardeners planted more trees each year. In the 21st century, there were 15,000 trees on campus.

One day, a microbial invader entered through a crack in a root or branch. It has multiplied and spread. In the 2010s, there was rot at the heart of the trunk. The tree weakens. A branch or two have fallen. The arborists did their inspections and shook their heads. The university couldn’t take the risk of giant oak branches raining down on passers-by, or the tree toppling over in the Hatcher Library during a windstorm. It would have to come down. The arborists returned with saws on November 23.

Due to rotting and abrasions from the saws, it was difficult to get a final ring count. But he looked like about 250.

There was mourning among those who admire the trees on campus and especially among the staff members who look after the â€œpublic goodsâ€ of the University in its many libraries and collections. Sure, they said, the Tappan Oak wouldn’t become a mountain of mulch, would it? They had ideas on how to keep the tree alive in memory and even in physical forms – perhaps sculptures by students from the Stamps School of Art & Design, or beautiful furniture to use on campus.

They were quickly assured that there would be careful deliberations on what to do with the salvageable wood from the tree, now stored securely on the North Campus. No formal decision has been made, said Michael Rutkofske, the campus forester, but the plan is for the wood “to be used in college buildings, college projects or university research.”

When Chayce Griffith heard about the Tappan Oak, he had his own idea.

He graduated from Michigan in chemical and environmental engineering in 2016. But he had no ambition to make it his career. Instead, he decided to work with trees. He enrolled in the Michigan State Masters in Horticulture program and began studying apple trees.

He contacted Rutkofske and told him what he had done with the acorns. Now, he said, there were two sturdy young oak trees in his parents’ garden, which grew well in Washtenaw County’s native soil – the direct descendants of Tappan Oak. They were about four feet tall.

The answer was yes.

â€œWe all agree that it’s an amazing story and a great opportunity,â€ Rutkofske told me. “We are currently working to facilitate his donation and focus on logistics and timing.”

Griffith hopes to complete his master’s program in 2022. Then he will continue his research on apples or start his own orchard.

“But if the U of M decides to create a position for a ‘Sentimental Tree Replacement Guardian’,” he said, “I would apply.”

About the main image: In 2017, in order to commemorate the University’s bicentennial, Fritz Swanson, professor in the writing program in the English department and director of Wolverine Press, found Dubell Arkay’s poem (featured above) using the Hathi Trust archive. A team from Wolverine Press put the poem in 12pt Artcraft and printed blanks. Then, on the day of the Diag memorial event, they asked the field team to collect leaves from the Tappan Oak. He says, â€œWe inked both sides of the sheet, placed it between two poem blanks, and ran them through the press for pressure. This produced an impression on both sides of the sheet. This tree meant a lot to me personally and to so many people on campus. Thank you for inviting me to celebrate it again with these prints. Best, Fritz Swanson.

“Everyone was partying for their life”: Bang Gang, bloghouse and freelance sleaze from the mid-2000s | australian music