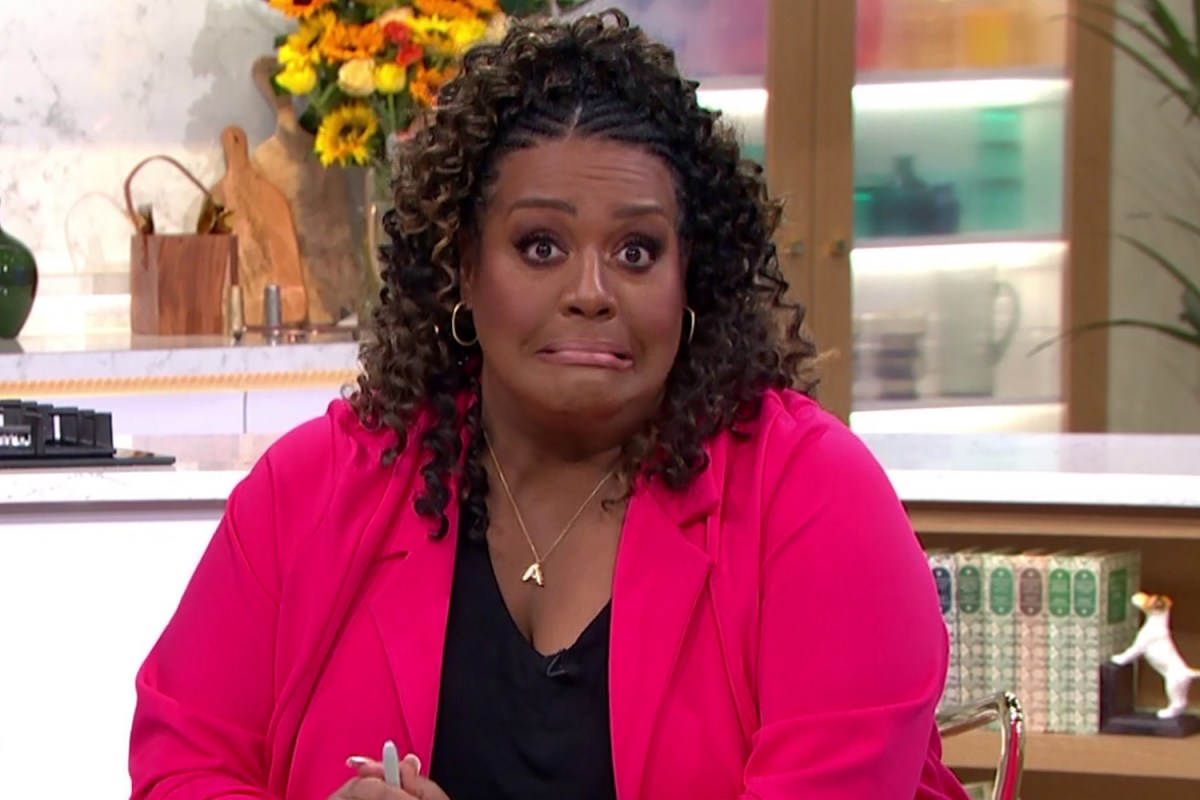 ALISON Hammond was forced to apologize when her phone rang during a heartbreaking phone conversation today.

The ‘Lilly’ caller was talking about her post-natal depression when the ringtone was heard throughout the studio.

Alison apologized for the interruption, which took place when Sun legend Deidre Sanders was speaking, saying, “I’m so sorry everyone, I’m so sorry.”

Once they said goodbye to the caller, the 47-year-old star added, “Excuse my phone ringing, I’m sorry.”

One viewer tweeted: ‘You’d think Alison would know how to turn off her phone by now… how long has she been on live TV?

A third joked, referring to the contest where callers have to say a password: “Alison should have styled it and answered the phone with a phrase to win.”

Lilly – who is not the caller’s real name – had rung the show to speak to Deidre after finding out she had been avoiding everyone since giving birth.

She said: “I had my daughter seven weeks ago and I’m at the point where I don’t want anyone to come, family-wise.

“I try to keep myself to myself because I feel like everyone is judging me. The delivery was quite traumatic – it was an emergency caesarean section.

“I just don’t think I’m adjusting – I tried to contact my midwife but have since been discharged and haven’t heard anything.”

Deidre told her, “You seem to me to be quite depressed after the birth” and pointed out some places she could get help.

Earlier in today’s show, fans were left confused by a sudden change in on-screen contrast.

Many viewers had to adjust the setting of their televisions after studio colors were reduced.

One tweeted: “Either my TV is screwed or #ThisMorning changed the color of the studio.”

We pay for your stories!

Do you have a story for The Sun Showbiz team?