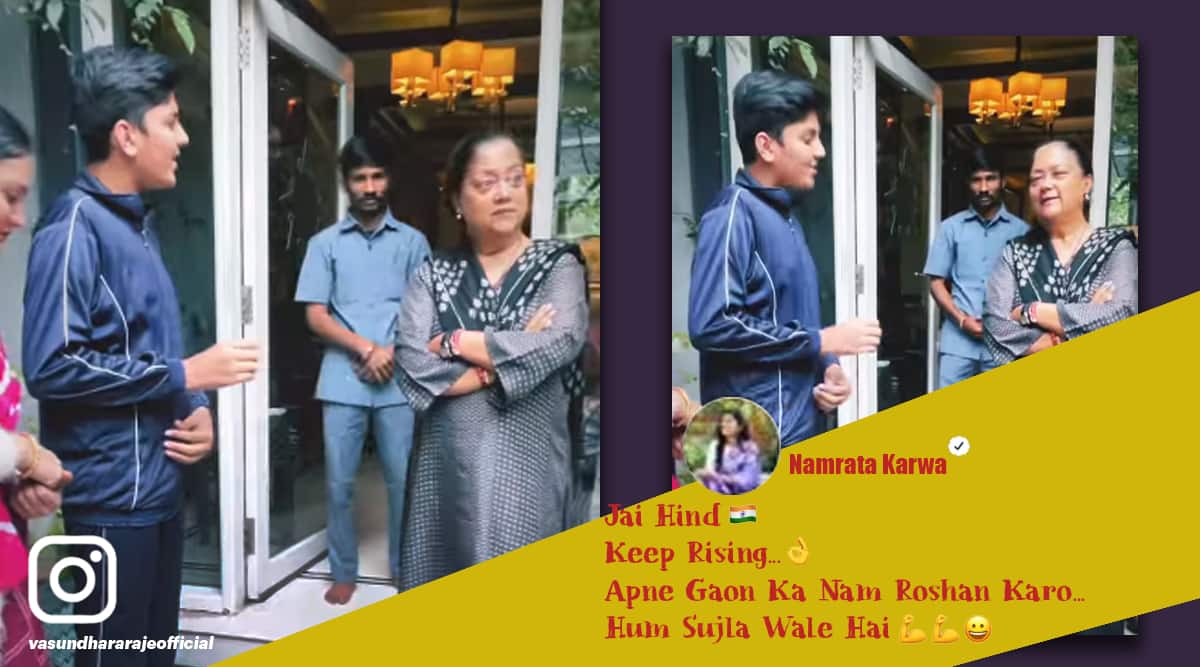 While politicians are not often seen engaging with raw talent, in a rare and healthy incident, former Rajasthani Chief Minister Vasundhara Raje is seen listening to a young boy sing a mix of two famous patriotic songs. The video has gone viral on social media. The young boy, named Parth Dadhich, sings Sandese Aate Hai and Teri Mitti. At the end of his performance, Raje says, “Wow, what a voice”.

The video has 1.6 million views on Facebook and 24.7,000 views on Instagram. It also caught the attention of artists like Namrata Karwa who commented on the video.

Vasundhara Raje also shared the video from her Facebook and Instagram accounts and wrote, â€œParth is an up and coming young singer from Sujangarh, Rajasthan. I had the joy of meeting him recently and on this occasion he sang us a magnificent interpretation of #TeriMitti, which I share with all of you! I wish you all the best! #RisingRajasthan #JaiJaiRajasthan â€

In recent years, social media has shed light on the musical talents of many seasoned politicians. For example, a video of the chief minister of Meghalaya The cover of Conrad Sangma from Bryan Adams ‘iconic song’ Summer of ’69’ skills with the Union Minister Kiren Rijiju Singing Show before a group of military personnel went viral.