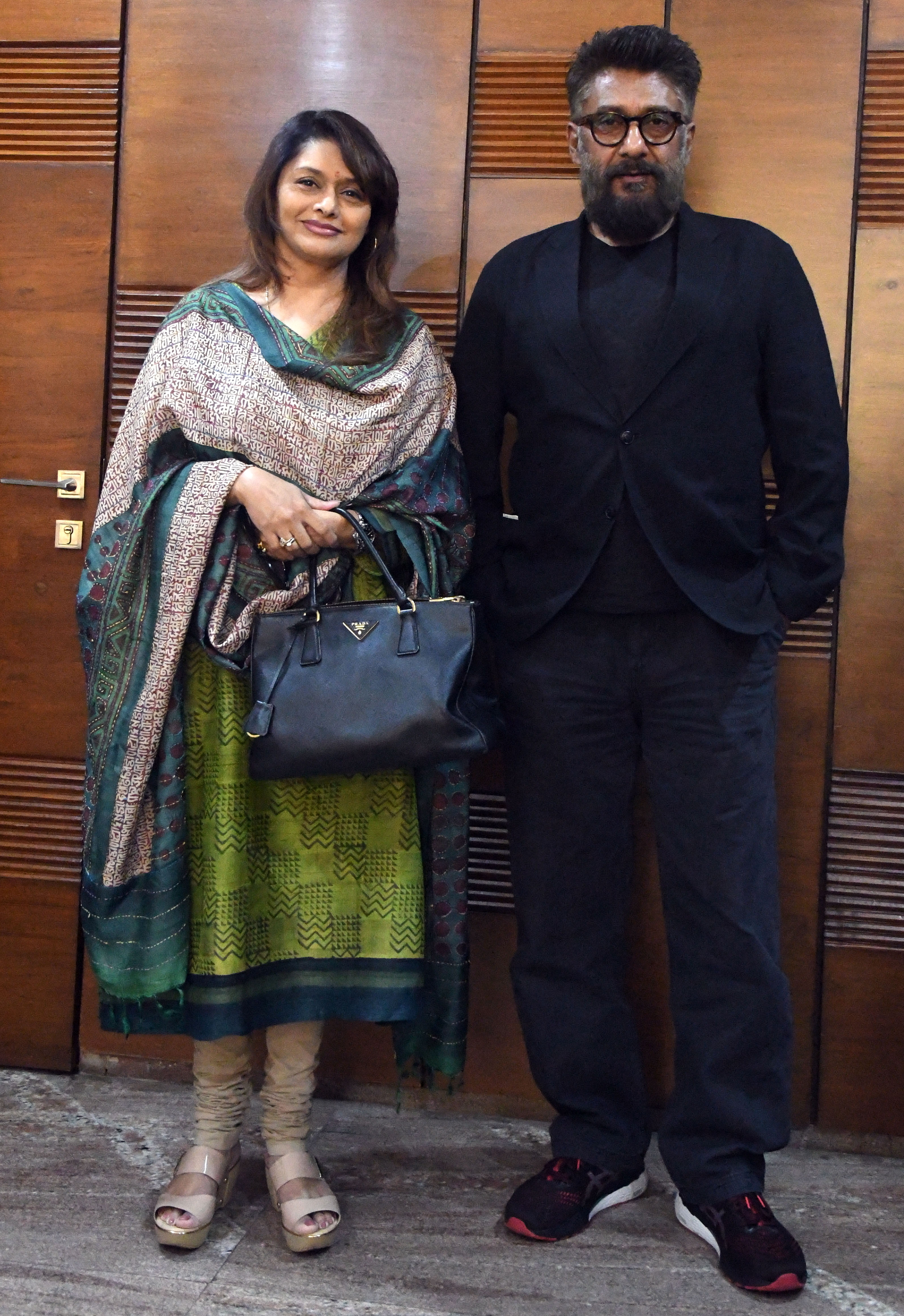 “From Tashkent to Kashmir to Delhi – will Vivek Agnihotri now turn to Godhra in Gujarat or Nellie in Assam for his fellow man?” we wondered out loud while interacting with the filmmaker at the venue for the 2nd Chandigarh Music and Film Festival and the line that came was quite unexpected, “Saare files banana ka theka humne le rakha hai kya?”

Her better half and producer-actor of The Kashmir Files, Pallavi Joshi, however, was calmer, explaining that it was a creative plea to end the trilogy with The Delhi Files and not continue as an episodic series. to tear open Pandora’s box. of all kinds of tragedies in history.

The director of Kashmir Files and his wife were at the University of Chandigarh to interact with media and journalism students. After the dust settled, the director advised the students to make films about other tragedies. He said: “There are too many films about the Gujarat riots. I want to bring out the truth on subjects that need courage to do so. This somewhat explains the Category Y security after The Kashmir Files. And has he made peace with this recent lifestyle change? “Well not really. It’s claustrophobic to have people watching me all the time. I love freedom and I love interacting freely with people. I volunteer to go to events like these and time permitting, I will continue to do so in the future as well.

A Kashmiri student asked the director why he chose to remain silent on Muslim voices opposing the atrocities committed against the Pandits. Hailing the girl’s confidence, he replied, “You noticed what was missing in The Kashmir Files, but did you notice the Kashmiri Pandits were missing in films like Fiza, Haider, Mission Kashmir, Roja and many more? others ? I’m sure you didn’t notice it until today. I mentioned in the closing speech how Buddhists, Muslims and Sikhs have been victims of terrorism.

While the film is still going strong at the box office and an invitation from the British Parliament to talk about the plight of the Kashmiri pundits adds to its glory, isn’t it a little too early to announce his next project, The Delhi Files? Agnihotri explained, “I was sure of a trilogy from the start. The three films are based on the three fundamental principles of democracy; the first film The Tashkent Files is based on the right to truth; the second on the right to justice for Kashmiri pundits and now The Delhi Files will defend the right to life.

While the director was tight-lipped on the subject of The Delhi Files, he said he had a lot more to offer than audiences expected.

Agnihotri, who calls the making of The Kashmir Files nothing less than the completion of a doctorate, said Bollywood films don’t spend much on research and take audiences for fools who would watch anything. He said, “I had long since retired from Bollywood because there are set rules for commercial and serious films.”

Both Agnihotri and Joshi said they are committed to getting the truth out at all costs. Pallavi said, “Our home is nothing short of a madhouse and now our kids are turning to movies as well. One of the girls who shouted ‘Free Kashmir’ in the movie is my daughter.

SHRESHTA-NETS Admission Card 2022 is posted at Shreshta.nta.nic.in, check how to download