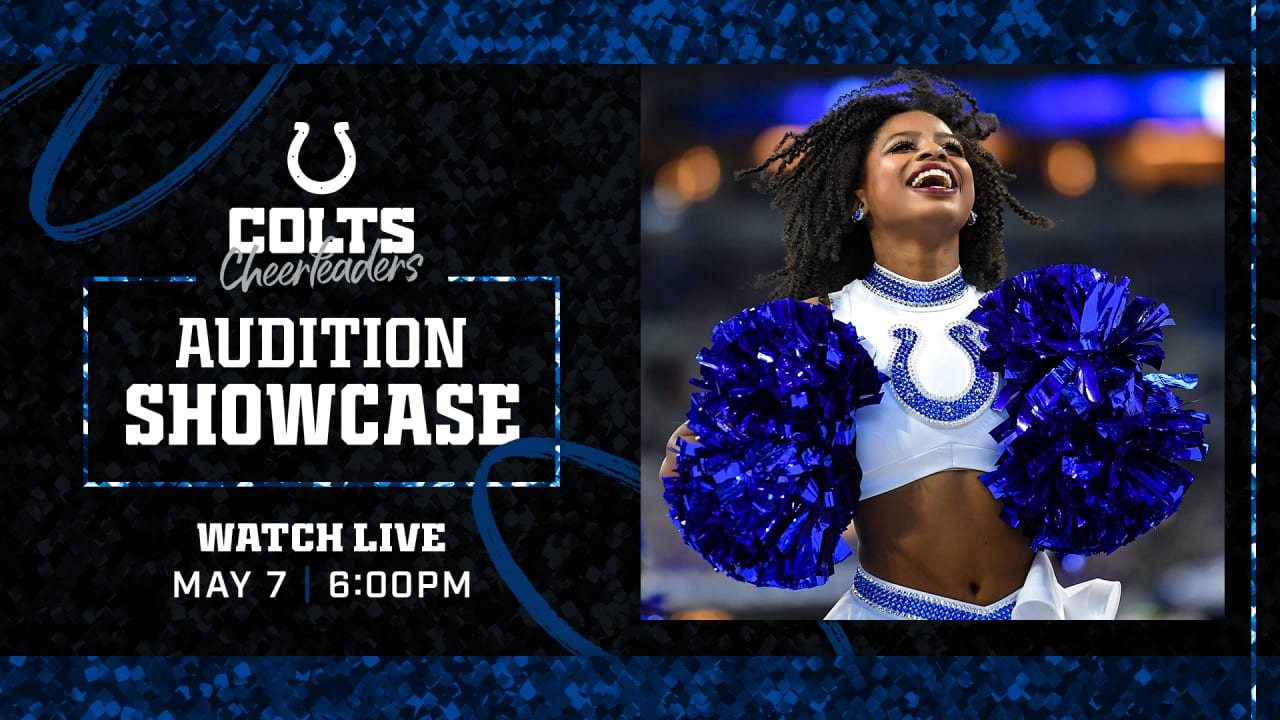 Watch the Colts Cheerleaders 2022 final audition presentation live on Colts.com or in person at Lucas Oil Stadium on Saturday, May 7.

The Indianapolis Colts Cheerleaders will host their Final Audition Showcase this Saturday, May 7, where 48 finalists will compete to become members of Team 2022.

The showcase is open to the public for the first time since 2019.

Tickets are free, but fans must pre-register at Colts.com/Showcase to download their ticket.

The showcase will also be streamed live on Colts.com so fans can watch from home or on a mobile device.

During the showcase, finalists will perform group and solo dance routines in front of a panel of judges who will help select the final team. Members of the 2022 team will be announced at the end of the program.

WHERE: Lucas Oil Stadium (and streaming on Colts.com)

Colts Cheer will celebrate its 39th season in Indianapolis in 2022. The team, which debuted in Baltimore in 1954, is the NFL’s oldest permanent cheer program.

In addition to performing in front of more than 63,000 fans at Lucas Oil Stadium every home game, cheerleaders serve the community in many ways. In 2021, Colts Cheer members put in nearly 300 hours in community and corporate appearances and also traveled to military bases around the world. Colts Cheerleaders are also committed to being positive role models, through the Junior and Preschool Colts Cheer programs, which currently have more than 400 children ages 3-14.

In 2020 and 2021, Colts Cheer held much of its audition process virtually, and the final showcase was closed to the public due to COVID-19 protocols.